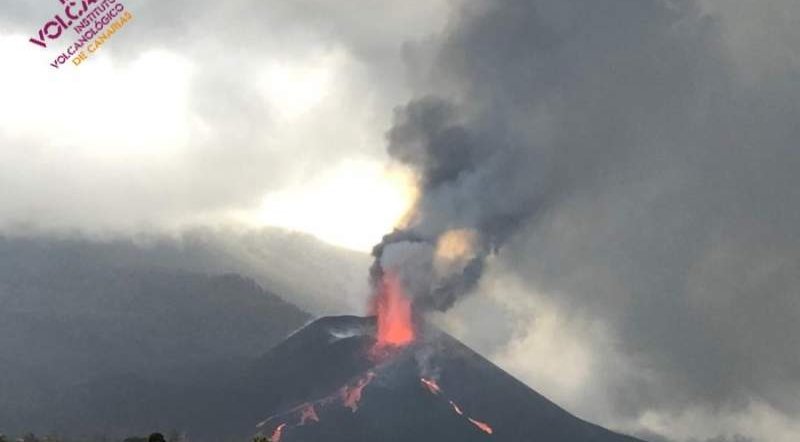 Earthquakes on La Palma in the Canary Islands have increased over the last few days.

The La Palma volcano activity is not subsiding, on Sunday, October 24, a new stream opened in the main core, bringing the total number of ‘tongues’ to five, consisting of three within the main core itself and two further west, confirmed sources from the National Geographic Institute (IGN). A series of earthquakes was also recorded across the island over the weekend, leading to further worries about damage to property and possible evacuations, (see picture below).

Itahiza Domínguez, an IGN seismologist, tweeted: “The eruption of a new stream in La Palma? We’ll see how long it lasts, but for now it is emitting lava,” he said.

The La Palma volcano has now entered its sixth week of eruptions with new lava fronts and activity, however, there is now improving air quality in Los Llanos de Aridane, El Paso and Tazacorte.

The latest report from the Department of National Security (DSN), issued at 08:00 peninsular time on Monday, October 25, shows that after the reconfiguration of the volcanic core there has been a new lava flow in a southerly direction, which runs parallel to one of the first languages.

Regarding data on the surface affected by lava, yesterday Sunday it increased to 852.27 hectares, as a result of the “southern lava spill and the gaps that have been filled in intermediate areas”, although the maximum width between the extreme points of the streams remains at 2,900 meters.