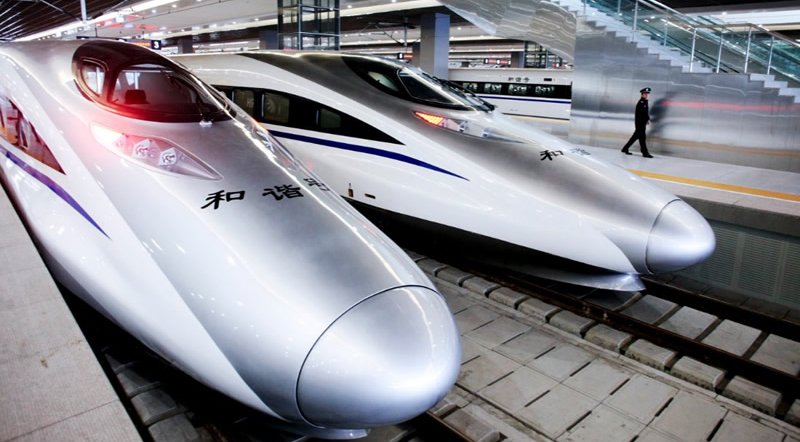 High-speed trains are one of the most comfortable travel options, a sector in which Spain is a leader. thanks to its AVE trains. However, China is planning on not being left behind, and the country’s scientists are already studying how to create trains that will reach up to 450km/h.

AVE trains in Spain reach a maximum of 300 km/h, while those in China currently reach 350 km/h. This is clearly something that does not seem to be enough for the Asian giant, which has discovered that fitting five pairs of wings to each train carriage could increase this speed to 450 km/h.

As reported in the South China Morning Post, this research is part of the CR450 project, launched by Beijing, which aims to develop a new generation of high-speed trains.

Researchers from the Chengdu Fluid Dynamics Innovation Centre in Beijing explained, “The high-speed lift-wing train is a breakthrough in the traditional concept of aerodynamic design. As operating speed increases, tyre wear will increase, and inevitably shorten the repair cycle and service life of the wheels”.

Their team has been trying to find a solution to reduce this friction of the wheels, searching for a way of keeping them in good condition for a longer period of time. As a result, they want to install wings on the roof of the train, which, “could generate enough force to lift it without the risk of hitting anything”.

In total, they have calculated that five pairs of wings would be necessary on each side of the carriages. When placed strategically, they are thought to avoid turbulence, and excessive wheel friction, so that they do not wear out quickly, as reported by 20minutos.es.