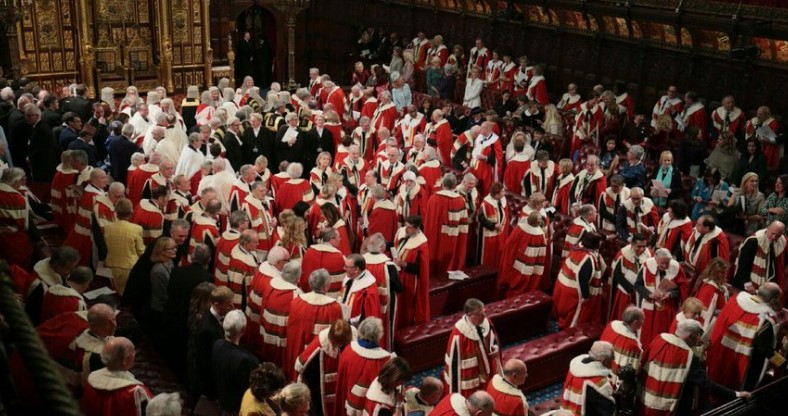 The government’s flagship Police, Crime, Sentencing and Courts Bill was sent packing with opposition as Lords call some of the measures proposed outrageous. The bill will now be sent back to the commons for further debate.
In total the government lost 14 votes on the detail of bill, although many of these are reversible in the commons as they are changes that were made to the bill. New items added to the bill by ministers will however not be sent back to the commons as the Lords blocked their addition. These include a series of new public order offences aimed at preventing a recurrence of last year’s Insulate Britain and Extinction Rebellion protests.
Opposition lords approached the issue of protests with some caution as they were concerned they could be seen to be putting the rights of protestors over ordinary citizens, as a result Labour tabled an alternative more focused proposal but in the end the section of the bill was voted down on civil liberties grounds.
Lord Chancellor and Secretary of State for Justice and Deputy Prime Minister Dominic Raab, when asked on BBC Radio 4’s Today programme whether the bill will be reintroduced he replied: “We’ll look very carefully at all of that, but, yes, absolutely.
“In relation to noise, of course we support the right of peaceful and rambunctious protest, but it cannot be allowed to interfere with the lives of the law-abiding majority.”
Other amendments on subjects like misogyny, noise at demonstrations, drink-spiking, the Police duty of candour, the repeal of the Vagrancy Act and many more, will have to be agreed by MPs.
Adding to Labour’s view that some measures were outrageous, Green peer Baroness Jones described the government’s plans as “oppressive” and “plain nasty”. She asked: “How do you seriously think a protest is going to happen without noise?”
Labour’s Lord Hain called the move “the biggest threat to the right to dissent and the right to protest in my lifetime” adding that it would have “throttled” protests by the suffragettes.
But the government’s Home Office minister in the Lords, Baroness Williams, defended the plans, telling peers that the police would only use the powers where “necessary” and “appropriate”.
The government also suffered a defeat over a separate issue when peers voted to make misogyny a hate crime in England and Wales – a move that would enable judges to impose stronger penalties if prejudice against women is proved to be the motivation.
The proposal was added to the bill as an amendment against the government’s wishes and led by Conservative peer Baroness Newlove, a former victims’ commissioner.
Baroness Newlove said: “As a society we have rightly taken steps to acknowledge the severity of racist or homophobic crimes, but have not yet acted on crimes driven by hatred of women.”
Pretty strong words from the Lords, when some call the measures outrageous and an attack on civil liberties. Despite this the government seems determined to press ahead, it’s a case of watch this space for new bills being proposed.