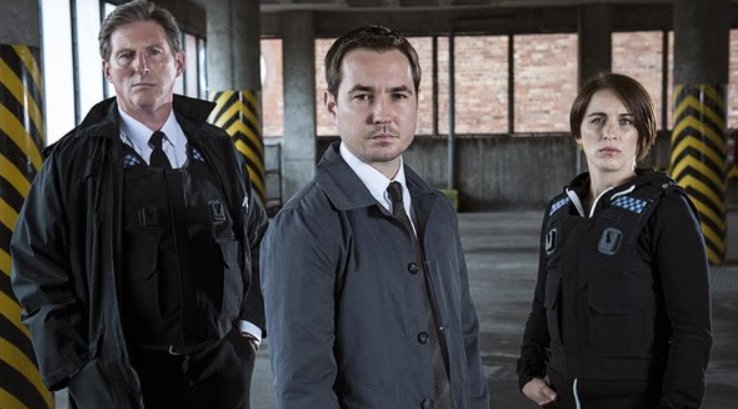 Of all the people not to get on the wrong side of, the team from AC-12, Line Of Duty’s corruption-busting experts. Unfortunately for under-fire Prime Minister, Boris Johnson, he has had to face them, in a hilarious video clip that has gone viral on Twitter.

Allegations about lockdown parties being held at No10 Downing Street have filled the news for the last few weeks. Boris Johnson and his Government have come under intense scrutiny as a result.
The British public are quite rightly angry, with the fact that they were locked up in their homes by these same politicians, complying with Covid-19 restrictions, while these suspected boozy parties were going on.
Mr Johnson has apologised on several occasions, even going so far as to suggest that he believed the party he attended in the garden of No10 was a ‘work event’. An inquiry is underway, led by Sue Gray, a civil servant, and the Prime Minister has said that we should wait for the results of this investigation before incriminating him further.
Anti-Brexit politician campaign group Led By Donkeys, have created a brilliant video clip, featuring a fictitious interrogation of Boris Johnson being conducted by AC-12, television’s anti-corruption unit from the iconic BBC cop drama, Line Of Duty.
Already going viral on Twitter, the clip features the characters from AC-12, Ted Hastings (Adrian Dunbar), Steve Arnott (Martin Compston), and Kate Fleming (Vicky McClure). They are in their interrogation room grilling the PM, who is sitting opposite them.
Jed Mercurio, the creator of Line of Duty, described the work as ‘brilliant’, and even shared the video on Twitter. The cleverly put-together video features voiceovers from the actors, along with a screengrab of the original email that was sent inviting Downing St staff to a party.
The AC-12 guys interrogate the PM in their typical hard-hitting fashion, as they did with many of their suspects during the course of the hit television show. At one point they emphasise the sacrifices made by the British public during lockdown.

As the camera zooms in closely onto Ted’s face, he exclaims, “It wasn’t just a case of one rule for us, and another for them. It was more like, ‘No rules for us'”.

As the PM apologises for what happened, as he did in Parliament, the final scene of the clip shows Steve responding to him, “The only thing you’re sorry about is you got caught”.

🚨“If you've got one shred of compassion for all those families who sacrificed so much, who lost so much, you’ll go”🚨 pic.twitter.com/AOl2D4f0Bc