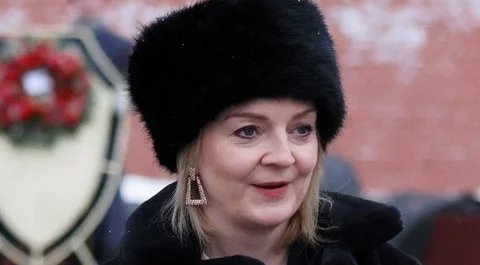 Liz Truss summons Russian ambassador amid the crisis in Ukraine.

UK Foreign Secretary Liz Truss summons the Russian ambassador to the UK for a meeting on Tuesday, February 22 amid the crisis in Ukraine, Downing Street said. Although, early reports indicate that the 46-year-old is unlikely to expel Andrei Kelin at the meeting.
In a tweet released by Ms Truss, she revealed that she has “instructed the Permanent Under-Secretary to summon the Russian Ambassador to explain Russia’s violation of international law and disregard of Ukraine’s sovereignty.”
The UK is expected to unveil a list of sanctions on February 22 against Russian companies and Kremlin-linked Oligarchs in the wake of Vladimir Putin’s escalation of the crisis.
Truss reiterated the stance of Prime Minister Boris Johnson, who believes that Putin wants to carry out a “full-scale invasion of Ukraine,” noting that sanctions will be imposed.
“We are imposing severe sanctions in response,” the 46-year-old Truss stated.
Earlier, the UK PM commented: “I’m afraid all the evidence is that President Putin is indeed bent on a full-scale invasion of Ukraine, the overrunning, the subjugation of an independent, sovereign European country and I think, let’s be absolutely clear, that will be absolutely catastrophic.”
Speaking about the sanctions that will be placed on Russia by the UK Johnson revealed: “This is I should stress just the first barrage of UK economic sanctions against Russia because we expect I’m afraid that there is more Russian irrational behaviour to come.”
Russian President Vladimir Putin sent tanks into the eastern Ukrainian region of Donbass last night, which a number 10 spokesperson called “a precursor to a full-scale Russian invasion [of Ukraine].”