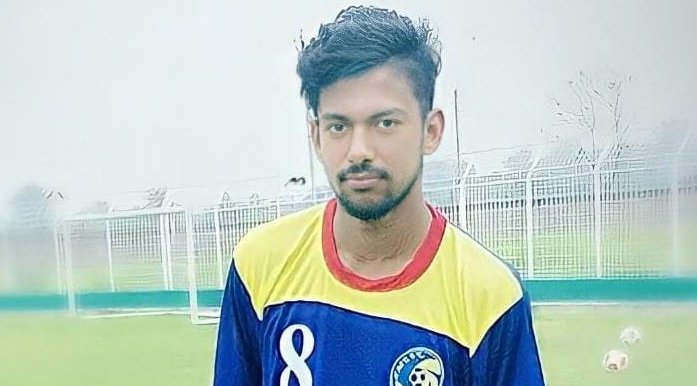 PROMISING young footballer Debojyoti Ghosh died of a heart attack during a game on Saturday, March 19, according to local reports.

He was immediately rushed to a local hospital by his teammates as no medical staff were at the stadium, however, he was in critical condition so he was transported to the Nadia district hospital in Krishnagar, where he was declared dead upon arrival following a cardiac arrest, as reported by india.com.

“Debojyoti played an instrumental role which helped Railway FC reach the CFL 2021-22 Final. We stand by his family and loved ones in solace. Rest in peace champ. You’ll be missed.”

Indian football site IFTWC wrote: “We are disheartened to know the news of the 25-year-old midfielder Debojyoti Ghosh passing away! He played a key role in helping Railway FC reach the CFL final this season!”

Another young footballer died of a heart attack a day after Mr Ghosh on March 20.

22-year-old Michel Almanza died following a heart attack after he collapsed in the middle of a football league match in Uruguay.

As reported by El Pais, teammates of the footballer along with the ground’s owner tried to help the young man, who was reportedly convulsing on the pitch.

A few minutes later, an ambulance arrived and Almanza was taken to the Sanatorio Cantegril hospital, where he arrived alive, as reported by Telemundo.

However, after being admitted to the cardiac ICU, he suffered a cardiac arrest and died a few hours later.