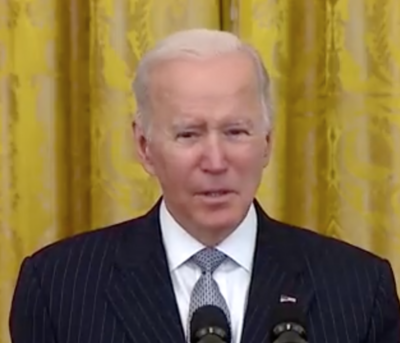 The US President Joe Biden is set to call on the “free world” to collectively stand against Vladimir Putin in a speech in Poland.

The US national anthem rang out across Warsaw this morning, Saturday, March 26, as Biden arrived to meet his Polish counterpart Andrzej Duda.

Citing the White House, Reuters reports that Biden will argue in a speech in Poland on Saturday that the “free world” opposes Russia’s invasion of Ukraine and that there is unity among major economies on the need to thwart Putin.

This will be his first face-to-face meeting with top Ukrainian officials since the start of the war.

Citing the White House, Reuters reports that Biden´s speech on Saturday “will deliver remarks on the united efforts of the free world to support the people of Ukraine, hold Russia accountable for its brutal war, and defend a future that is rooted in democratic principles”.

Biden has held three days of emergency meetings with allies in the G7, Europe and NATO, and visited with U.S. troops in Poland on Friday. He was also set to meet with Polish President Andrzej Duda on Saturday.

Yesterday, Friday, March 25, Biden was met by President Andrzej Duda of Poland and was briefed on the humanitarian efforts for Ukraine since the country was invaded by Russia on February 24.

President Duda told Biden his country had taken in 2.5 million Ukrainian refugees, a number which “is growing all the time.”

Biden said: “The single-most important thing that we can do from the outset is keep the democracies united in our opposition and our effort to curtail the devastation that is occurring at the hands of a man who, quite frankly, I think is a war criminal.

“I think it will meet the legal definition of that as well,” Biden said.