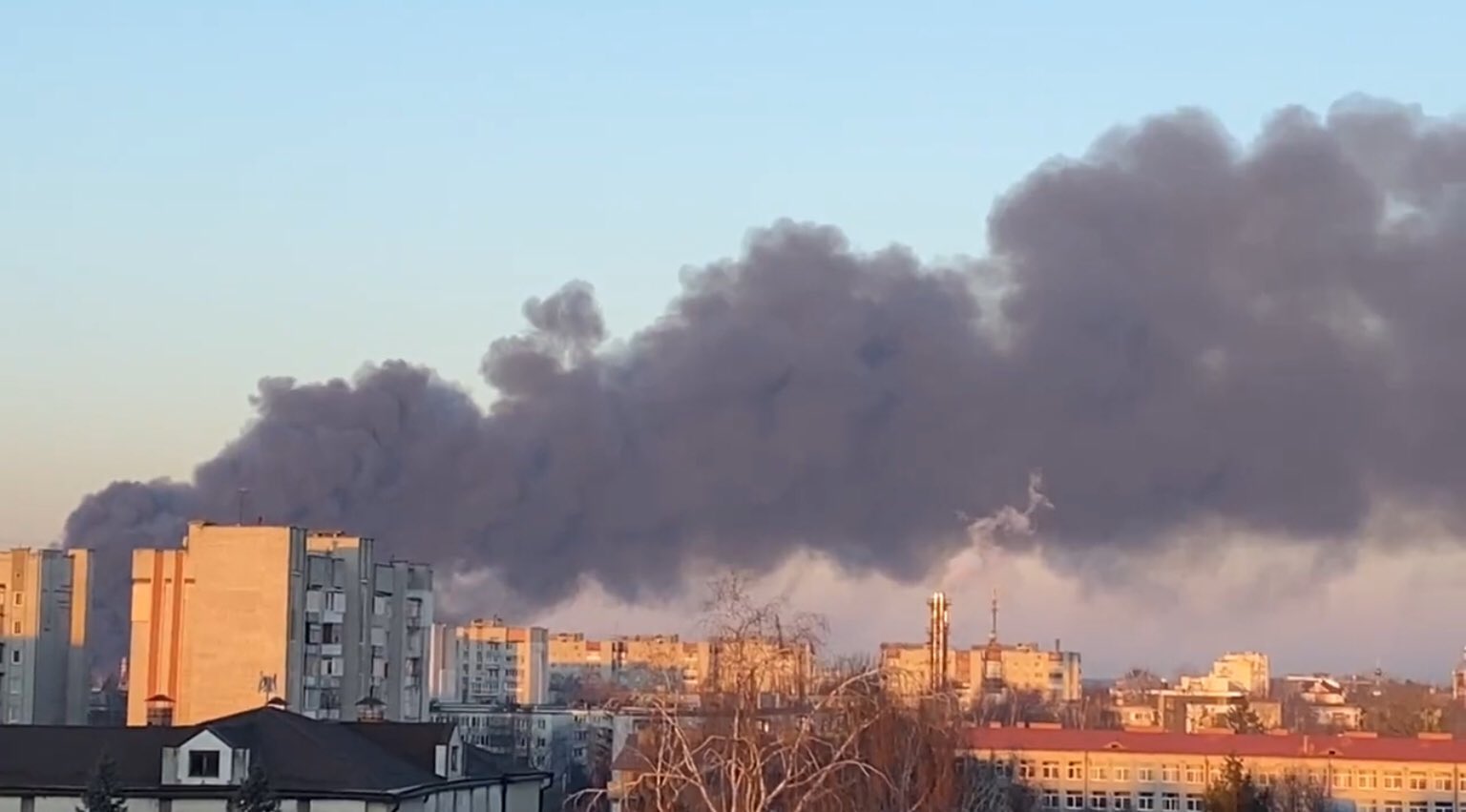 Several back-to-back rockets struck the western Ukrainian city of Lviv on Saturday, March 26, while President Joe Biden was visiting the capital of Poland, whose border is just 45 miles away.

The attack is the first major strike on the western city since Putin’s invasion began.

Moscow indicated on Friday that it was scaling back its military ambitions to focus on territory in the east of Ukraine, claimed by Russian-backed separatists.

But at around 14.30 GMT rockets hit the outskirts of Lviv in strikes which reportedly left five people injured.

Thick black smoke rose from the first blast site on the city’s northeastern outskirts for hours before a second set of explosions, AP reported.

“In new missile attacks on Lviv, significant damage has been caused to infrastructure facilities. Residential buildings have not been damaged, firefighting continues,” Sadovyi wrote on Telegram.

The powerful explosions which rocked the city has frightened residents whose city had been a haven for hundreds of thousands of people fleeing the Russian assault on other parts of Ukraine.

And on March 18 Lviv airport was bombed.

But the latest attacks, coming so close to the border with NATO-member Poland, are a worrying development.

The Russian defence ministry said on Sunday, March 27, that it had struck military targets with high-precision cruise missiles,

“The armed forces of the Russian Federation continue offensive actions as part of the special military operation,” the ministry said in a statement.

The attacks came as US President Joe Biden was ending his visit to Poland.

In a rousing speech in Warsaw on Saturday he pledged to defend “every inch of Nato territory with the full force of our collective power”.