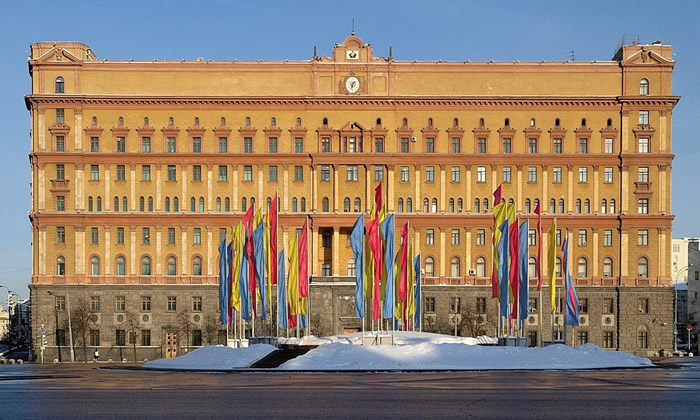 In what could be a huge security embarrassment to Vladimir Putin if validated, the Main Intelligence Directorate of Ukraine claims to have acquired and published a list on its website containing more than 600 active Kremlin spies, reports The Sun.

The list allegedly shows the names, passport numbers, and contact numbers, even the drinking habits of these Kremlin spooks are mentioned, according to the Telegraph. The Ukrainian claim has not been independently verified though.

According to the list, one of the alleged FSB agents apparently has a Skype address that includes the phrase “jamesbond007”, and includes the characters “DB9”, a reference to Bond’s iconic Aston Martin car from the film ‘Spectre’.

Specifically, they insist that the list contains 620 FSB spies who are ‘involved in criminal activities’, with some even having their car registration number plates listed. Many of those featured are reportedly based in Moscow’s notorious Lubyanka headquarters.

This is the building that previously housed the Soviet KGB, which can count one Vladimir Putin among their former agents.

It is believed that this information came to light after a call between two FSB agents was intercepted by Ukrainian intelligence. They were allegedly caught discussing the death of Major General Vitaly Gerasimov. This was the result of Russian FSB agents being reduced to using normal communication lines after Russian forces had blown up their own 3G towers during bombings.

Andrei Soldatov, an expert on Russian espionage told The Times that part of the reason why Putin’s invasion has not gone well is down to the poor assessment made by his sky network prior to the incursion. He called the planning ‘terribly miscalculated’, and that it was “simply not right, which is part of the reason as to why things have gone so badly for Russia”.