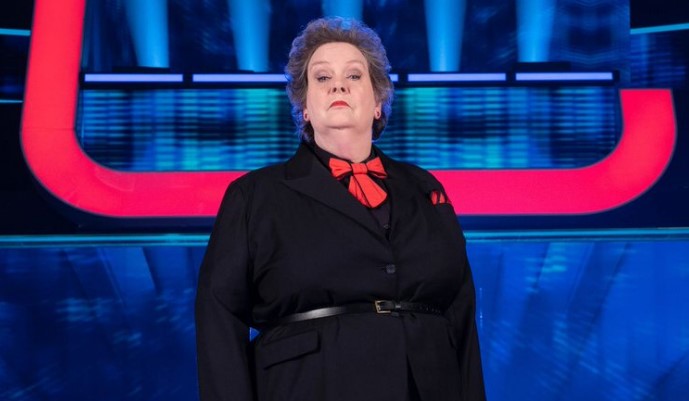 British TV star discovers she is related to the Queen. image: [email protected]

Anne Hegarty is probably the Queen of British quizzers but the star of ITV’s ‘The Chase’, the ‘Governess’, has now discovered that she is actually really related to royalty. Even more mind-blowing, it turns out that this royal link leads to her 19th cousin, Queen Elizabeth II.

As the subject of ‘DNA Journey‘, the ITV genealogy television series, in this Monday’s episode (April 4), 63-year-old Anne also got to find out that King Robert the Bruce was her 20-times great grandfather.

“Wow, that is cool. But my grandmother was the most tremendous liar”, Anne commented upon hearing the news, revealing that her grandmother had told her the same thing, but she never believed her.

“My aunt said she was a romancer, and she’d embroider life a bit, so I always felt that anything from my grandmother had to be taken with a pinch of salt”, she explained.

Anne is related to a family called Hayes, through her mother’s bloodline. In 1370, one of the Hayes men married Princess Elizabeth, Robert the Bruce’s daughter. That marriage is what links Anne to the current Queen of England.

During the trip through her family history, Anne admitted, “I tend to be in a way rather cynical about families. People say, ‘were you brought up in a nuclear family?’ and I was like, ‘it kind of exploded, so yeah’”.

She revealed, “My dad left home just before Christmas. He left my mother a note saying, ‘for Christmas 1970, one house free from husband’”.

Shaun Wallace, ‘The Dark Destroyer’, Anne’s fellow ‘Chaser’ joined her on the programme, where his family tree was also examined. They started Anna’s quest in Liverpool at Albert Dock. This is where another fascinating historical fact was discovered, relating to Andrew Cockburn, her first cousin, three times removed.

On May 7, 1915, a World War One German torpedo hit the RMS Lusitania cruise ship off the coast of Ireland. A total of 1,193 people lost their lives in that disaster, but one of the few people to survive was Andrew Cockburn, her distant relative, as reported by thesun.co.uk.