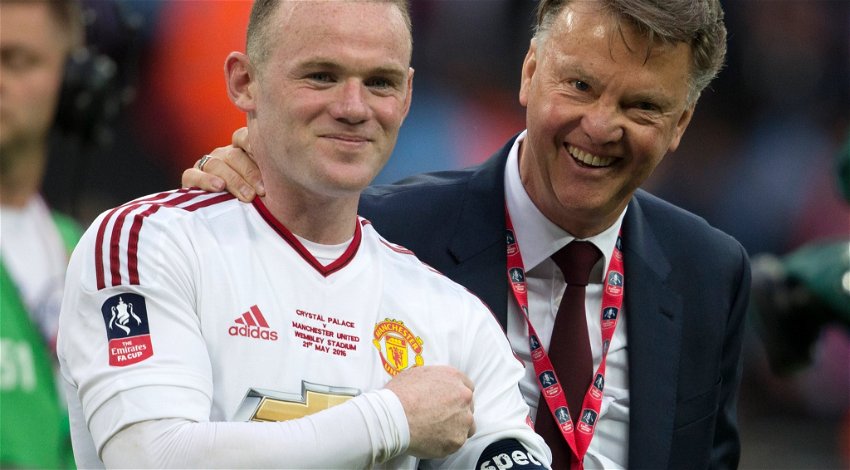 After hearing the news that legendary Dutch manager van Gaal, who managed Manchester United between 2014 to 2016, is currently battling prostate cancer, Rooney said on Twitter: “Gutted to hear the sad news about Louis van Gaal. Sending best wishes and hope for a speedy recovery. Get well soon Boss.”

The 70-year-old, who is currently in charge of the Netherlands national side, told the world about his cancer battle on April 3.

Speaking on the Dutch show ‘Humberto’ to promote his new film ‘Louis’, the former Barcelona manager said: “In each period during my time as manager of the National Team I had to leave in the night to go to the hospital, without the players finding it out until now, while thinking I was healthy, but… I am not.”

“I think you don’t tell people you work with like that because it might influence their choices, their decisiveness. So I thought they shouldn’t know. You don’t die from prostate cancer, at least not in ninety per cent of the cases. It is usually other underlying diseases that kill you,” he continued.

“But I had a pretty aggressive form, got irradiated 25 times,” he said.

Rooney also offered Harry Maguire some words of encouragement for the struggling defender, who was recently booed by England fans during the home clash against Ivory Coast.

The Derby manager said on Monday Night Football: “I like Harry (Maguire). I know him personally.

“He hasn’t been in his best form this season as a lot of players haven’t. He goes and plays for England and looks like a world-class centre-back.

“Again a lot of it is confidence. The players need to feel winning again and winning consistently to get that confidence back. If they do that, I think Harry can be a big part of it.”