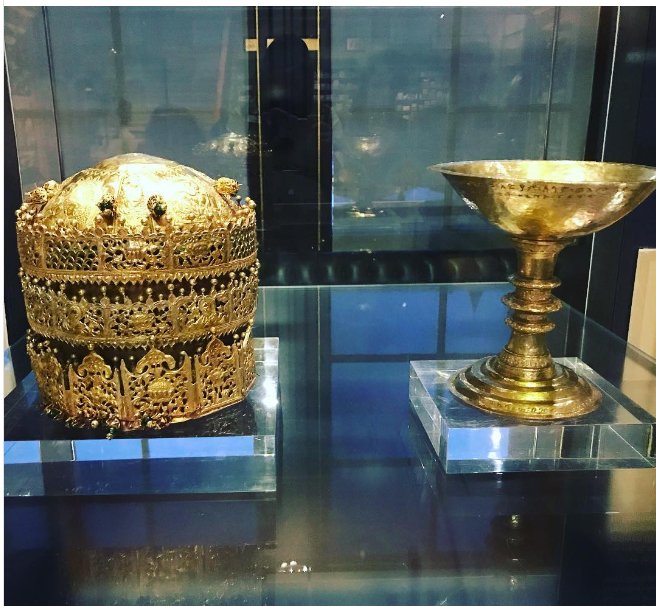 Lord Carey, Former Archbishop of Canterbury has urged the British Museum to return a multitude of religious treasures to Ethiopia, Africa.

The treasures, which are known as Tabots, are replicas of the Ark of the Covenant that are sacred in the Ethiopian Orthodox Church, one of the world’s oldest churches, and were taken by the British after the Battle of Maqdala.Lord Carey feels should be immediately returned to the Ethiopian Orthodox Church due to their religious significance, instead of being held by the British Museum where Lord Carey states they are locked away from public view.

Lord Carey stated: “There is some frustration that it is taking so long for the trustees of the British Museum to return Tabots — which for religious and cultural reasons cannot be displayed publicly, cannot be studied by scholars and are therefore much better off returned to the only people for whom they have value.”

The British Museum has responded to Lord Carey’s concerns , stating that wooden carvings, which are traditionally used in the consecration of churches, are housed in the museum “in consultation with the Ethiopian Church.”

The Museum stated: “Ethiopian objects on display at the museum show the breadth, and explain the diversity of religious traditions in Ethiopia, including Christianity, Islam and Judaism as well as other faiths.”

Last year, the British Museum returned several Ethiopian artefacts, with Teferi Males, Ethiopia’s ambassador to the United Kingdom, who was heavily involved in the negotiation, stating:

“There are many artefacts that were looted from Maqdala. We couldn’t manage to bring back all of them, but this is the first time in the country’s history to bring back looted artefacts in this quantity.”