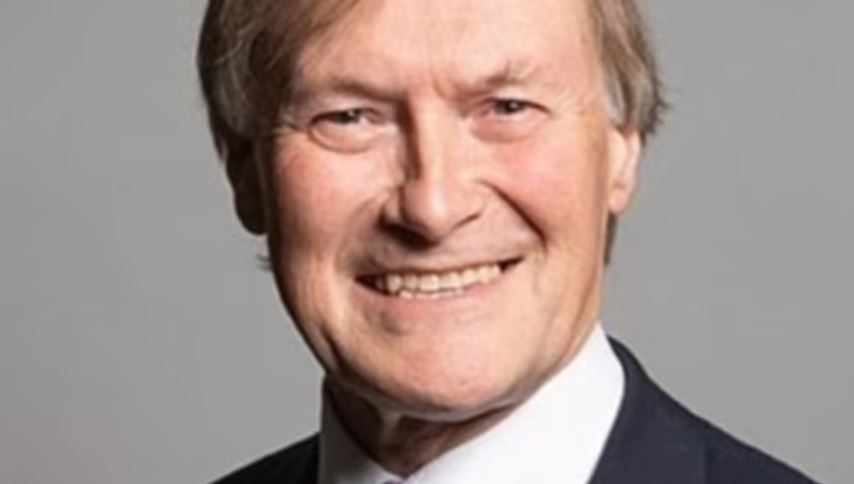 Ali Harbi Ali, 26, of Kentish Town has been sent to jail for the murder of Sir David Amess MP. He has also been sentenced to jail time for plotting to commit a terrorist attack. Ali attacked Sir David with a kitchen knife in October 2021 in Essex.

The Old Bailey handed down the sentence of life imprisonment with a whole life order on Wednesday, April 13.

After the sentencing Met Police Assistant Commissioner Matt Jukes, and Head of Counter Terrorism Policing commented: “Sir David’s family and loved ones have shown tremendous courage since his murder.

“The conclusion of the trial ends this chapter but going forward, they and Sir David will forever remain in our thoughts.

“During this trial, we have heard how Sir David came to cross paths with a terrorist who had a settled plan to carry out an attack in the UK.

“It is clear that the man who begins a life sentence today is a cold, calculated and dangerous individual.

“His attack was stopped by two Essex Police Constables who apprehended this dangerous man, whilst he was still armed with the knife he had used to kill Sir David.

“Their actions were nothing short of heroic, and they undoubtedly prevented others from being harmed.

“Their bravery, and the bravery of the members of the public who witnessed the incident, called 999 and provided invaluable information to the police was remarkable.

“None of that, sadly, can change the tragedy of Sir David’s murder.”

Jukes went on to add: “He was an honourable man who gave everything for his community and who loved his family.

“Sir David was callously and senselessly murdered working in his constituency, as he had done over a distinguished political career of nearly 40 years.

“In the aftermath of Sir David’s murder, I spoke with many MPs who, despite their shock and concern, went back into their constituencies – just as Sir David had – to serve their communities.

“Police forces up and down the country are committed to supporting MPs to carry on doing this vital work. Sir David’s murder was an attack on democracy and we will never let terrorists prevail.

“It is five years on since the terrorist attacks of 2017 and the threat of terrorism remains very real. The police and our partners are working as hard as ever across the country to prevent attacks, and to be ready to respond effectively should the worst happen.

“It is more important than ever that everyone plays their part in tackling terrorism. We have seen from this case that terrorists research and sometimes visit the places they plan to attack. I would urge everyone to stay vigilant and trust their instincts – if you see or hear something unusual or suspicious that might be linked to terrorism – even if it concerns a family member or close friend – then please, report it to police.

“Your information might just help prevent an attack and save lives.”

Lady Amess and the family of Sir David Amess released a statement after the sentencing. The statement read: “There is no elation in our family today following this sentencing. Our amazing husband and father has been taken from us in an appalling and violent manner. Nothing will ever compensate for that.

“We will wake each day and immediately feel our loss. We will struggle through each day for the rest of our lives. Our last thought before sleep will be of David. We will forever shed tears for the man we have lost. We shall never get over this tragedy.

“It breaks our heart to know that our husband and father would have greeted the murderer with a smile of friendship and would have been anxious to help. How sickening to think what happened next. It is beyond evil.

“Our thanks go to the police, in particular the two officers assigned to the family during this dreadful time. Our thanks also to the legal team who worked so tirelessly to ensure that justice was done. Our special thanks also to the many, many friends and family and of course, the general public, who have been a source of so much strength and love to us since David died.

“Somehow, we now have to move on with our lives although none of us really knows where to begin.

“We would refer to the statement made by our family immediately after this tragedy. Our message remains the same. We appeal to everyone to treat their fellow human beings with kindness, love and understanding. This is needed more than ever now.

“We now ask for privacy to rebuild our lives as best we can. There will be no further statements, interviews or indeed any comment. We ask the media to respect this. Thank you.”