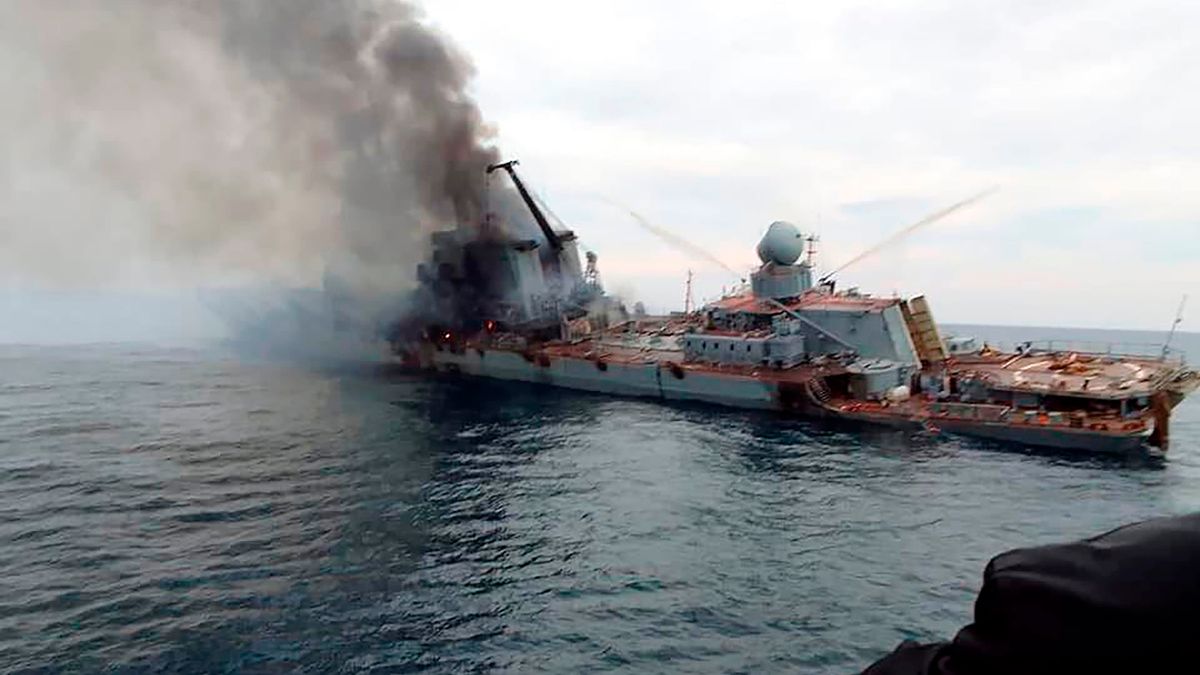 The photos published by a news agency on April 18 are thought to have been taken by a passing Turkish ship.

The Moskva, a Soviet-era guided missile cruiser, sank near the Black Sea port of Sevastopol on Thursday, April 14, after Ukraine said it hit the ship with two cruise missiles.

Russia has confirmed the ship sank but said this was due to an accidental fire which detonated ammunition on board.

A young sailor´s account of surviving the carnage on the Moskva was revealed by Novaya Gazeta, Russia’s leading investigative media outlet.

The sailor´s mother told Novaya Gazeta: “My son said the cruiser was hit from the land, from the Ukrainian side, because the fire on board would not have started without a reason.

“There are people who were killed, wounded and missing.

“My son called me as soon as they all were given phones [after being rescued]. Their own documents and phones were on the [sunken] cruiser.

“He called me, and he cried over what he had seen. It was horrendous. Clearly not everyone survived.”

She said: “Most of the wounded have limbs torn off, because of the explosions from both the missiles and the detonated ammunition.”

Fears have been raised that the ship went down with nuclear warheads.

“On board the Moskva could be nuclear warheads – two units,” Samus said.

Klymenko called on other Black Sea nations – Turkey, Romania, Georgia, and Bulgaria – to insist on an explanation.

The sinking of the flagship Moskva – a major blow to Russian pride – was the largest combatant vessel to plunge to the depths since the Falklands´ War.