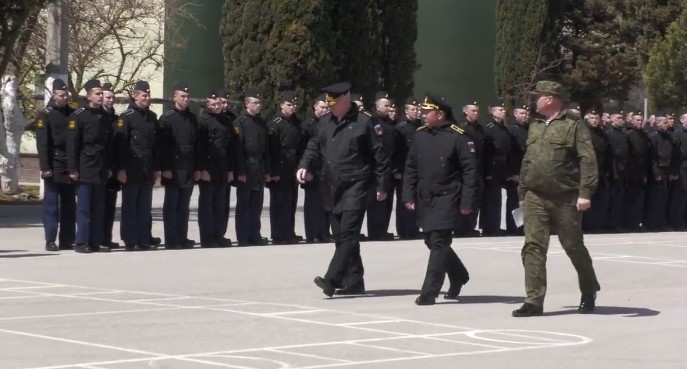 Alleged survivors, including the captain, of the sunken Moskva have been shown on Russian state television

A video released on state television by the Russian Defence Ministry this Sunday, April 16, showed alleged survivors of the Navy’s flagship Moskva, which sank this week in the Black Sea.

Among those seen parading in a video released by Moscow is the ship’s captain, Anton Kuprin, who is believed to have died in the sinking. Although this alleged parade of survivors was broadcast on state television, the Russian news agency did not clarify exactly when it was filmed.

Kuprin’s death had been announced by Ukraine after the sinking of the Moskva battleship. A news blackout on the ship also sparked speculation that hundreds of other sailors were killed when the ship sank.

An officer very similar in appearance to Kuprin is seen in the Russian Ministry of Defence release, listening to a speech by Admiral Nikolay Yevmenov, the naval chief.

It has not been made clear when the video broadcast was recorded, and TASS, Russia’s main news agency, made no mention of the sinking of the Moskva when it released the footage.

According to the Ukrainian version, Captain Kuprin died in the sinking of the battleship, which, according to these same sources, was caused by a Neptune missile attack.

This video of the parade, taken in the Crimean Black Sea port city of Sevastopol, leaves many questions unanswered. Only around 150 men can be seen in the footage, yet the total count of the Moskva’s crew is believed to be more than 500 sailors.

“The crew of the Moskva cruiser is at the main base, the hero city of Sevastopol. Officers, midshipmen, contract personnel will continue to serve in the Navy”, said Admiral Nikolay Yevmenov in the footage, as reported by 20minutos.es.

Here is the parade https://t.co/XfBeowewPR