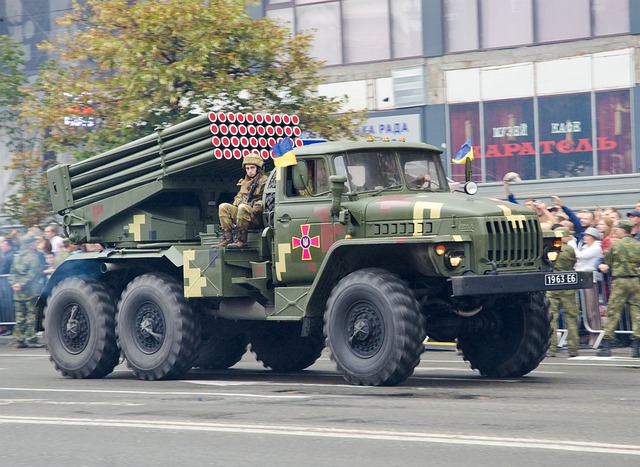 A report by the Stockholm International Peace Research Institute (Sipri) released on Monday April 25th, says that global military spending reaches record levels in response to the crisis in the Ukraine.

Despite the economic fallout of the pandemic, global military spending in 2021 rose by 0.7 percent according to the report, with predictions that the increase will be vastly higher in 2022. Expenditure is expected to rise the most in Europe as countries move to bolster their defence against Russia, and in their support of Ukraine as it tries to drive out the invading forces.

Total expenditure is said to have reached US$2.1 trillion (1.96 trillion euros), the highest figure on record.

Topping that list is Russia where spending grew by 2.9 percent in advance of the invasion of Ukraine, with defence accounting for 4.1 percent of the country’s gross domestic product (GDP).

According to researcher Lopes da Silva, Russia saw a sharp uptick in spending towards the end of the year.

He said: “That happened as Russia amassed troops alongside the Ukrainian border preceding of course the invasion of Ukraine in February.”

Da Silva said that it was difficult to predict whether Russia would be able to sustain its expenditure on weapons with the situation being different to the last time it faced sanctions. In 2014 when the country annexed the Crimea oil prices were significantly lower than what they are now, however also the extent of the sanctions if much higher.

He added: “Now … we have even tougher sanctions, that’s for sure, but we have higher energy prices which can help Russia afford to maintain military spending at that level.”

What is interesting he says is that Ukraine’s military spending has risen by 72 per cent since the annexation of Crimea. While spending declined by over eight percent in 2021 to US$5.9 billion (5.5 billion euros), it still accounted for 3.2 percent of Ukraine’s GDP.

America bucked the trend spending 1.4 percent less on the military falling 6.4 percent over the last decade. Investment into military research had however jumped nearly 24 percent during the same period.

The country remains the largest spender at US$801 billion (747 billion euros) although it is not 100 percent clear how accurate all countries figures are.

That build-up in China has led to its neighbours increasing expenditure, Japan 7.3 percent, Australia 4 percent and India a modest 0.9 percent. India is however the third largest spender globally at US$76.6 billion (72 billion euros).

The UK rose to fourth spot with a three percent increase to US$68.4 billion (64 billion euros) replacing Saudi Arabia who decreased spending by 17 percent in 2021.

The increasing armament of the world is a worrying trend that will see global military spending reach new record levels in 2022.