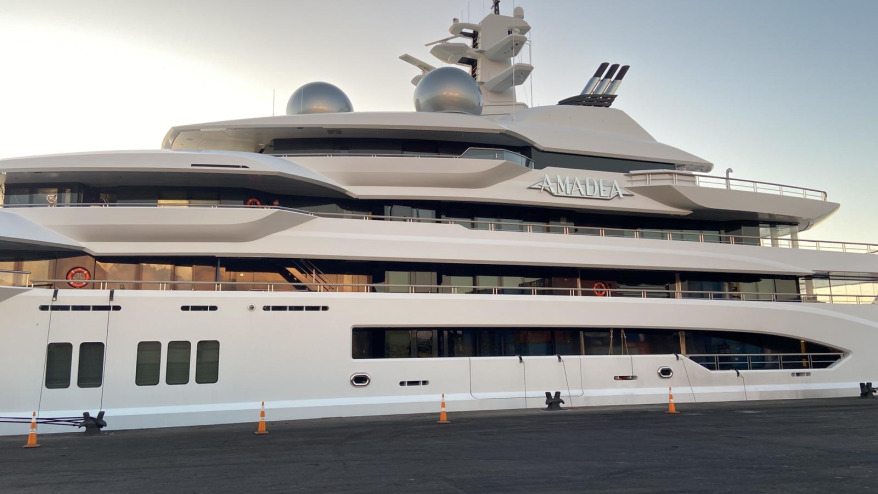 The $300M superyacht that has been seized by Fiji belongs to a Russian Billionaire nicknamed the Russian Gatsby.

The superyacht named  “Amadea”, is a  five-year-old, 106-metre vessel, and it was docked in Lautoka, Fiji, in the South Pacific when local authorities took control of it under a US court order and a Justice Department request.

“$300 Million Yacht of Sanctioned Russian Oligarch Suleiman Kerimov Seized by Fiji at Request of United States,” read a tweet posted by the US Justice Department, including a video of the official press release.

“The Amadea is subject to forfeiture based on probable cause for violations of US law, including the International Emergency Economic Powers Act, money laundering and conspiracy,” the Department said in a statement.

Kerimov is part of a group of Russian oligarchs “who profit from the Russian government through corruption and their malign activity around the world, including the occupation of Crimea,” the department said.

“There is no hiding place for the assets of criminal enablers of the Russian regime,” US Attorney General Merrick Garland said in a statement.

“The Department of Justice will be relentless in our efforts to hold accountable those who facilitate the death and destruction we are witnessing in Ukraine,” Garland stated.

The US has imposed sanctions on Russian oligarchs close to President Vladimir Putin as part of a series of economic punishments for the invasion of Ukraine.

Serimov is also known as the “Russian Gatsby”  due to his fondness for throwing lavish parties at his huge and exorbitant villas on the French Riviera. He reportedly paid Shakira 750,000 euros to perform at a party and has previously booked singers such as Beyoncé, Kylie Minogue, Pink, Geri Halliwell and British soprano Sarah Brightman.

He later bought a football club in which Samuel Eto’o played, making him the highest paid player in the world at the time.

In the 2006 Forbes rankings, Kerimov was listed among the 100 richest people in the world and as Russia’s eighth richest man. In the 2000s Kerimov obtained billions of dollars in loans from large Russian state banks which he used to become a shareholder in Gazprom and Uralkali, as well as having been involved in politics since 1990.