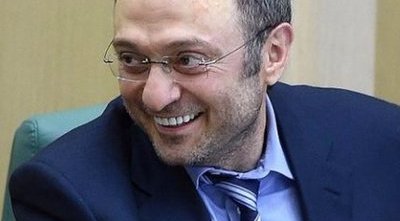 Suleiman Kerimov is the enigmatic and mysterious Russian billionaire, known as the Russian Gatsby, who is helping fund Putin’s war amidst the latest sanctions.

The Russian Gatsby, Suleiman Kerimov is a member of Putin’s inner circle, and is reported to have dodged sanctions, to protect his wealth, estimated at $14 billion, and to have kept money flowing to Putin to finance the war in Ukraine. To do this, Kermiov founded multiple companies to hide his personal stakes in oil and gold businesses, but he also used simpler methods such as putting his wealth into the hands of his family members, which has led to his son Said Kerimov being included in the latest EU sanctions.

In the 2006 Forbes rankings, Kerimov was listed among the 100 richest people in the world and as Russia’s eighth richest man. In the 2000s Kerimov obtained billions of dollars in loans from large Russian state banks which he used to become a shareholder in Gazprom and Uralkali, as well as having been involved in politics since 1990.

His nickname the “Russian Gatsby”  is attributed to his fondness for throwing lavish parties at his huge and exorbitant villas on the French Riviera. He paid Shakira 750,000 euros to perform at a party and has previously booked singers such as Beyoncé, Kylie Minogue, Pink, Gery Hallywell and British soprano Sarah Brightman. He later bought a football club in which Samuel Eto’o played, making him the highest paid player in the world at the time.