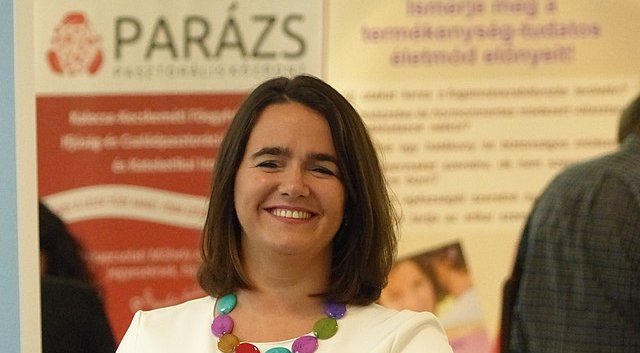 Hungary’s new President, Katalin Novak, has changed tack as she condemns Putin’s aggression and points to mending relations with Poland and the EU.

The country had been at odds with the EU over sanctions, refusing to send weapons to neighbour Ukraine and blocking an embargo on Russian oil.

Novak, speaking at her inauguration on Saturday, May 14, said that her first visit would be to Warsaw.

She said: “On Tuesday, 17 May, I am travelling to Warsaw to meet the President of the Polish people. Mr. President, dear Andrzej (Duda), I thank you for the opportunity to talk as befits friends!

“We condemn Putin’s aggression, the armed invasion of a sovereign state. We say eternally no to every effort aiming at the restoration of the Soviet Union.”

Novak, an ally of Prime Minister Viktor Orban, said the war in Ukraine was also “fought against us peace -loving Hungarians.” She added that Hungary demanded that war crimes be investigated and punished.

The role of President is largely a ceremonial one, but Novak makes history being the first woman in Hungary’s to fill the role. She has previously served as Deputy Chair of Fidesz and was family affairs minister in Orban’s previous government.

Although Orban has also condemned Russia’s invasion of Ukraine, he has avoided criticising Russian President Vladimir Putin directly. He has also been strongly opposed to any sanctions on Russian energy.

The change in direction will be welcomed in Brussels as it will in Warsaw, however it remains to be seen whether Hungary’s new president, in changing tack, will go further than simply condemning Putin’s aggression.