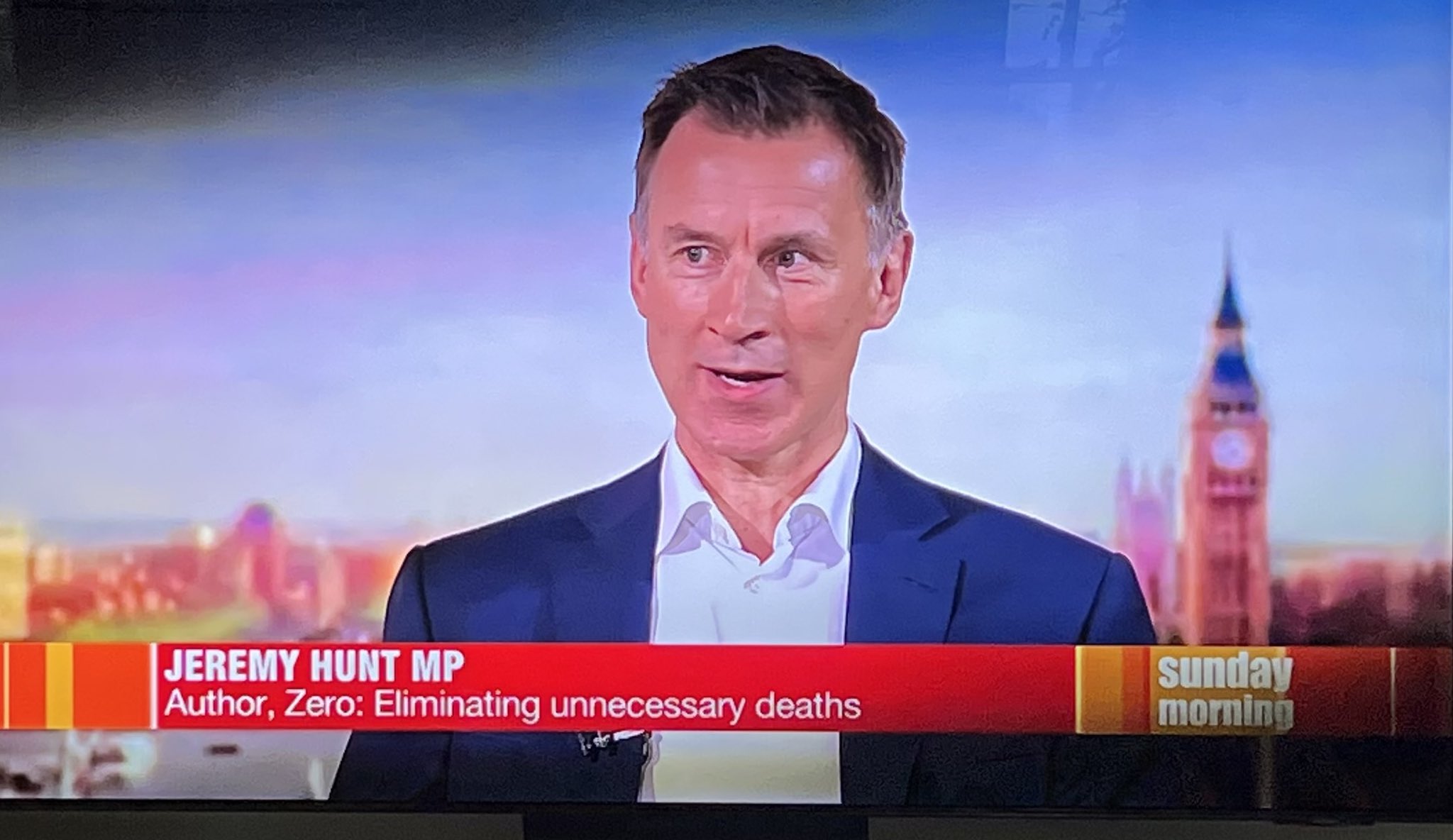 TALK TV host Piers Morgan has mocked MP Jeremy Hunt for his appearance on BBC show ‘Sunday Morning’ amid rumours that the British politician is going to run for Tory leadership again.

Piers Morgan, who recently reacted to reports that Meghan Markle ‘hated every second’ of touring Australia, took to Twitter on Sunday, May 15 to mock Jeremy Hunt’s appearance on the BBC this morning.

Following news that Mr Hunt had not ruled out running for Tory party leadership in the future, Piers said: “Jeremy Hunt going on TV to promote himself as next Tory leader, then playing all coy about wanting to be next Tory leader, but refusing to back Boris to be Tory leader into next election, because HE wants to be the Tory leader who does that, is comically shifty & disingenuous.”

It is believed that the former Conservative foreign secretary would likely run in the 2024 campaign for Conservative party leadership.

Speaking to The Times Magazine, Hunt said that although now was not the “right time” for leadership change within the party due to the instability in Ukraine, recent ‘Partgate’ issues have prompted him not to rule it out.

“But I would be very open with you that I don’t rule out a return in the future,” he added.

Speaking to Times Radio, the 55-year-old said that local election “setbacks” were a reflection of the cost-of-living crisis.

“Underneath it, I think the reason that we got such a kicking was economic concerns that many families had,” he said.

“We are faced with a situation now where we have very, very low underlying growth in the economy.

“To win an election, the Conservative Party has to promise a well-funded NHS and the prospect of tax cuts. If we make people choose between one or the other, we’re not going to win the election.”

In 2019, Hunt came second to Boris Johnson in the Conservative leadership contest and subsequently stepped down as foreign secretary and then later turned down an offer to be defence secretary.

Hunt – who frequently criticised Johnson’s approach to the Covid-19 pandemic – is chair of the health and social care select committee.