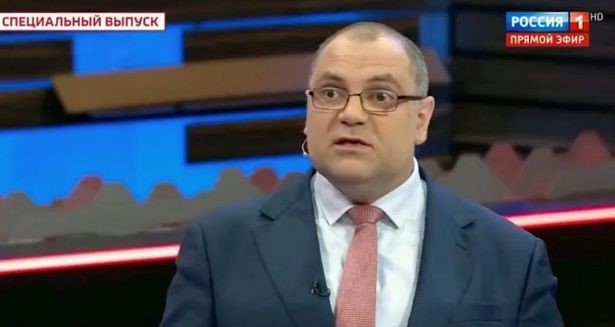 A Russian analyst appearing on Russian state TV has suggested that the Ukraine invasion is merely a rehearsal for a far bigger world war.

Appearing on the Russia-1 network on Friday, May 20, covered by the Daily Star, Professor Alexei Fenenko, suggested that there was more conflict to come and that in the future it could be with NATO.

The research fellow at the Institute of International Security Studies, said: “For us, the war in Ukraine is a rehearsal. Rehearsal for a possible bigger conflict in the future.

“We’ll test and compare NATO weapons to our own, we’ll find out on the battlefield how much stronger our weapons are than theirs.

“This may be a learning experience for future conflicts.”

The description of the conflict as war is a departure from the terminology used by the Kremlin, who have been at great pains to not describe it as such. This is in itself is unusual, as Russian state news channels rarely stray from the agreed line.

Reacting on Twitter, retired US general Barry R McCaffery described Fenenko’s statement as “astonishing” given how much stronger NATO is compared to Russia.

He said: “The economic and conventional military power of NATO/EU is multiple times that of Russia.

“A rehearsal for a war with NATO against a much smaller adversary in Ukraine that’s going very badly for Russia.

“Escalation of Russian aggression against other NATO countries would be completely illogical.”

The comments from Fenenko come after both Sweden and Finland applied to join NATO, perhaps signalling a change in language from the Kremlin. Russia has said that it will need to take action if the two countries sign up, but up until now no indication has been given as to what that might be.

Reports earlier today, May 21, suggest that Russia may look to bolster its defences along the border with these countries by increasing the number of troops and equipment stationed in these areas.

Whether the invasion of Ukraine is a rehearsal for world war remains to be seen, with many reports suggesting that Russia does not have the capability or the desire to go much further militarily. Economically, that world war has already started.