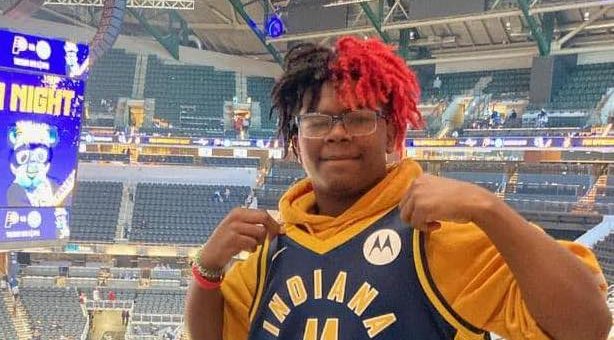 MORE details have been released following the sudden and unexpected death of a 15-year old student, who suffered a cardiac arrest during football practice in the US.

UPDATE 5.49 am (May 25) – More information has emerged following the sudden death of a ‘healthy’ 15-year-old student at Lawrence North High School in Indianapolis, Indiana after he suffered a cardiac arrest on Monday, May 23.

The boy has now been identified as R’Mon Rowley and it was revealed he was taking part in football practice and not track and field as previously reported.

A man identifying himself as the 15-year-old’s uncle has called the school into question following his nephew’s sudden death.

In a Facebook post, Lenzy Donnerson said: “Do anyone have kids that attend Lawrence North High School on the football team?

“My nephew just passed away and we are trying to collect as much information as possible in regard to the situation,” he said.

“The news is posting incorrect information saying he died during track but in fact, it was a football practice and the coaches were overworking him and not paying attention to him.

“When he sat down cause he couldn’t breathe and he started coughing hard Coach Mallory made him get back up after he sat down trying to rest and told him to continue practising.”

He added: “Once he stood up he passed out no one assisted him and he died due to a lack of oxygen and his heart stopped. There was no CPR performed which is very hard to understand.”

A GoFundMe page said that the young student was a ‘healthy’ boy with ‘no previous health conditions’.

“He was very respectful and kind and loved by all that knew him. Never complained and was always willing to help.

“He loved anime, with Naruto being one of his favourite shows. He loved to draw and was very good at it. He was in the Big Brothers program and he always expressed how much he wanted to be a Zoologist,” it read.

It added: “He was excited about the opportunity to play high school football.

“R’Mon was healthy with no previous health conditions with his whole life ahead of him, and this was totally unexpected. Please help us by donating whatever you can. All proceeds will go toward his funeral cost.”

ORIGINAL 11.35 am (May 24) – On Monday, May 23, it was revealed that a 15-year old boy suffered a cardiac arrest at Lawrence North High School in Indianapolis, Indiana and died suddenly while participating in athletics practice.

The Lawrence Township School District shared the information via social media and many tributes were paid to the young athlete following the news.

“The Metropolitan School District of Lawrence Township and Lawrence North High School are extremely saddened by the sudden and unexpected death of a 15-year old freshman student this evening at Track & Field practice.

“Our deepest sympathies go out to his family, friends, teachers, and classmates. Counsellors will be available tomorrow to support students and staff members.

“Both the school and district stand prepared to support students and staff in this time of sadness and grief,” a statement read.

According to Fox 59, emergency services were called to the school after receiving reports of a cardiac arrest, and no cause of death has officially been announced, the school later confirmed a student was in cardiac arrest in the area of the football field.

LT & @LNHSwildcats are saddened by the sudden and unexpected death of a 15-year old student this evening. Our deepest sympathies go out to his family, friends, teachers, and classmates. We stand prepared to support students and staff in this time of sadness and grief.

One person on Twitter wrote: “My thoughts and prayers are with the Wildcats this evening following this evening’s tragic loss. We are prepared to support!”

My thoughts and prayers are with the Wildcats this evening following this evening's tragic loss. We are prepared to support!

The death of the young student tragically draws resemblance to Devonte Mumphrey and Preston Settles, who both collapsed during basketball games at the age of 15.

Mumphrey collapsed during the Yellowjackets’ game in East Texas while Preston Settles died 22 days after he suddenly collapsed and stopped breathing during a basketball game at the Brooks School gym in North Andover on February 5.

15-year-old Settles, who was described as “a happy, healthy, smart, active kid” by his father, apparently told a teammate before he collapsed: “I feel like my heart is racing.”