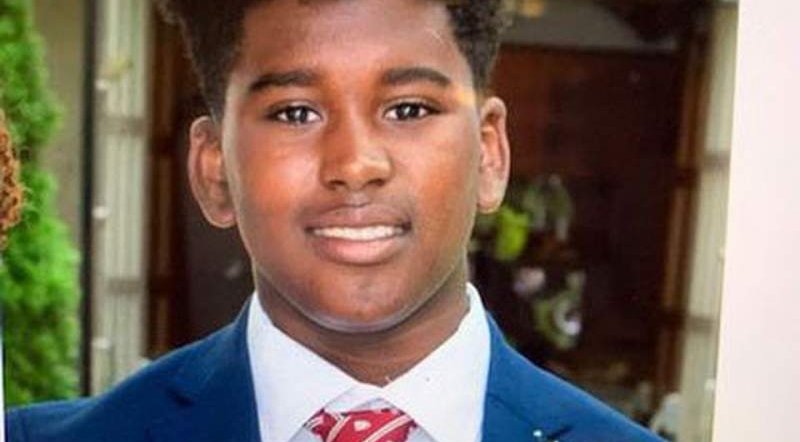 TWO young athletes died on the same day and another remains hospitalised following heart attacks in horror events during high school basketball games in the US.

Two healthy high school basketball players died suddenly on the same day, Tuesday, February 8. While another teen is still fighting for his life after he collapsed during another basketball game on February 5.

Cameran Wheatley, a 17-year-old senior at Bremen High School, collapsed during a basketball game against Chicago High School at about 9:20 pm on February 8, the school said.

First responders arrived within five minutes and performed CPR on the teenager before he was taken to Christ Hospital, where he was pronounced dead.

At the time, Bremen High School released the following statement: “We are extremely saddened by the loss of our student-athlete. He has been a great role model in every sense and he will be missed.”

Wheatley’s father said his son had a clean bill of health and had played different sports for nearly 10 years, according to ABC7 Chicago.

On the same day in East Texas, Devonte Mumphrey collapsed and died from a sudden cardiac arrest.

According to CBS19, Mumphrey collapsed during the Yellowjackets’ game.

“All of Alto ISD sends its deepest condolences to the student’s family,” Alto ISD Superintendent Kelly West said in a statement. “Please keep our community in your prayers.”

How long can we ignore this? pic.twitter.com/QTM4hEDqr8

Days before these tragic events, Preston Settles, a freshman at Brooks School in North Andover, collapsed during a game on Saturday, February 5.

15-year-old Settles apparently told a teammate before he collapsed: “I feel like my heart is racing.”

Moments later, the young athlete collapsed on the gymnasium floor as his parents rushed to his side. The boy’s mother, Lisa M. Owens, who is a doctor, said Preston had “stopped breathing.”

Preston was rushed from the Brooks School in North Andover to Lawrence General Hospital, where doctors shocked his heart eight times but could not get it to start again on its own. He was placed on an automatic CPR machine and breathing tube for an hour.

His father, Darryl Settles said of his son: “He’s a happy, healthy, smart, active kid who plays all sports.

“It was not in our wildest imagination that something like this would happen,” he said.

Mr Settles recalls the shocking events: “His eyes were just flaring up, and so I did this to him,” said his father waving his hand in front of his eyes. “There was absolutely no response, and then he just stopped breathing.” He had gone into cardiac arrest.

From Lawrence General Hospital, Preston was then flown to Tufts Medical Centre, where he remains with his parents waiting by his side.

Before being transported, his mother explained: “You could just tell by the doctor’s demeanour that they were basically telling us that it was starting to look like the beginning of the end.

“Then I say, this is impossible. It can’t be possible. The attendant came in and said his heartbeat is back! We’re going to MedFlight him out of here.”

Dr Haval Chweich, who was on duty on the night the teenager arrived at the ICU, said: “His oxygen saturation was 25 per cent, and we rarely see a patient survive an oxygen per cent of below 50,” he told CBS Boston Local.

In an unusual move, doctors put Preston on a machine that keeps his heart and lungs functioning. They say his progress in the last week is miraculous, but they also say he has a long road ahead.

“There are certain predisposing factors which they had no idea about, which we think we have a better idea about, that we’re going to be investigating, about structural problems with the heart,” said Dr Carey Kimmelstiel, a cardiologist who’s been treating him.

“We definitely think it’s getting to him, lifting him up, and pushing him forward,” said Owens. “So if there are people out there who can pray and fight for Preston, we need all of it.”

Preston Settles age 15, who plays hockey, football, soccer, and lacrosse, complained to one of his teammates during a basketball game that his heart feels like it’s spasming. Newton Teen Fighting For His Life After Collapsing During Basketball Game. https://t.co/mdvY2kFN5n pic.twitter.com/tnHJ1k3Wuc