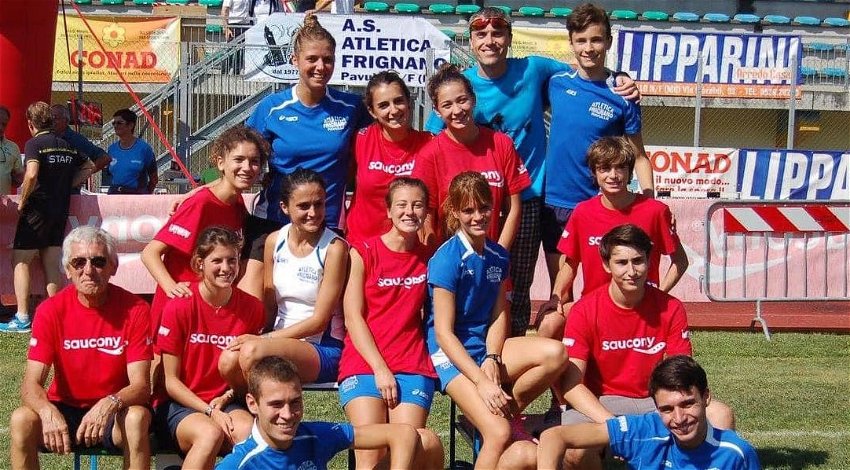 AN young Italian athlete died of a suspected heart attack while he was having dinner with his friends in Torre Maina, Italy, according to reports on Monday, May 30.

The province of Modena, in Italy’s northern Emilia-Romagna region, is said to be in mourning after the sudden death of 21-year-old athlete Gianmarco Verdi following a suspected heart attack on Sunday, May 29.

Verdi from Pavullo (Modena), who was thought of as one of the top athletes at the Atletica Frignano sports club, collapsed while he was having dinner with his friends.

According to reports, the 21-year-old collapsed on his side and became unconscious. His friends immediately called for the emergency services while a health worker sitting in the restaurant at the time performed CPR.

When the paramedics arrived, they were able to resuscitate the young man and transported him to a hospital in Baggiovara, however, he sadly died shortly upon arrival.

Gianmarco was well known in Pavullo and was the son of the president of Pavullo FC.

The young athlete participated in the 2018 Cross-Country Student World Championships in Paris.

“Goodbye Giammi. Athletics Frignano will always remember you with this smile.”

Mayor Davide Venturelli said: “We cling to the Verdi family as a community in this moment of pain. The sudden death of a young man is a terrible ordeal, we are close to them with affection and prayer.”

Local media reports suggest that the young man had recently stopped competing due to some health problems and when he collapsed, his friends took it extremely seriously due to “Gianmarco Verdi’s heart problems”, as reported by bigodino.it.

Gianmarco Verdi’s death follows that of Irene Montruccoli, who would have been 22 on Tuesday, May 31.

Ms Montruccoli – a student of Arceto in Scandiano, also in Italy’s northern Emilia-Romagna region – died of a sudden illness on May 26, 2022, as reported by ilrestodelcarlino.it.

The death of Gianmarco Verdi comes shortly after another young athlete died of a sudden heart issue.

Rowley was taking part in football practice when he ‘passed out and died due to a lack of oxygen and his heart stopping’.