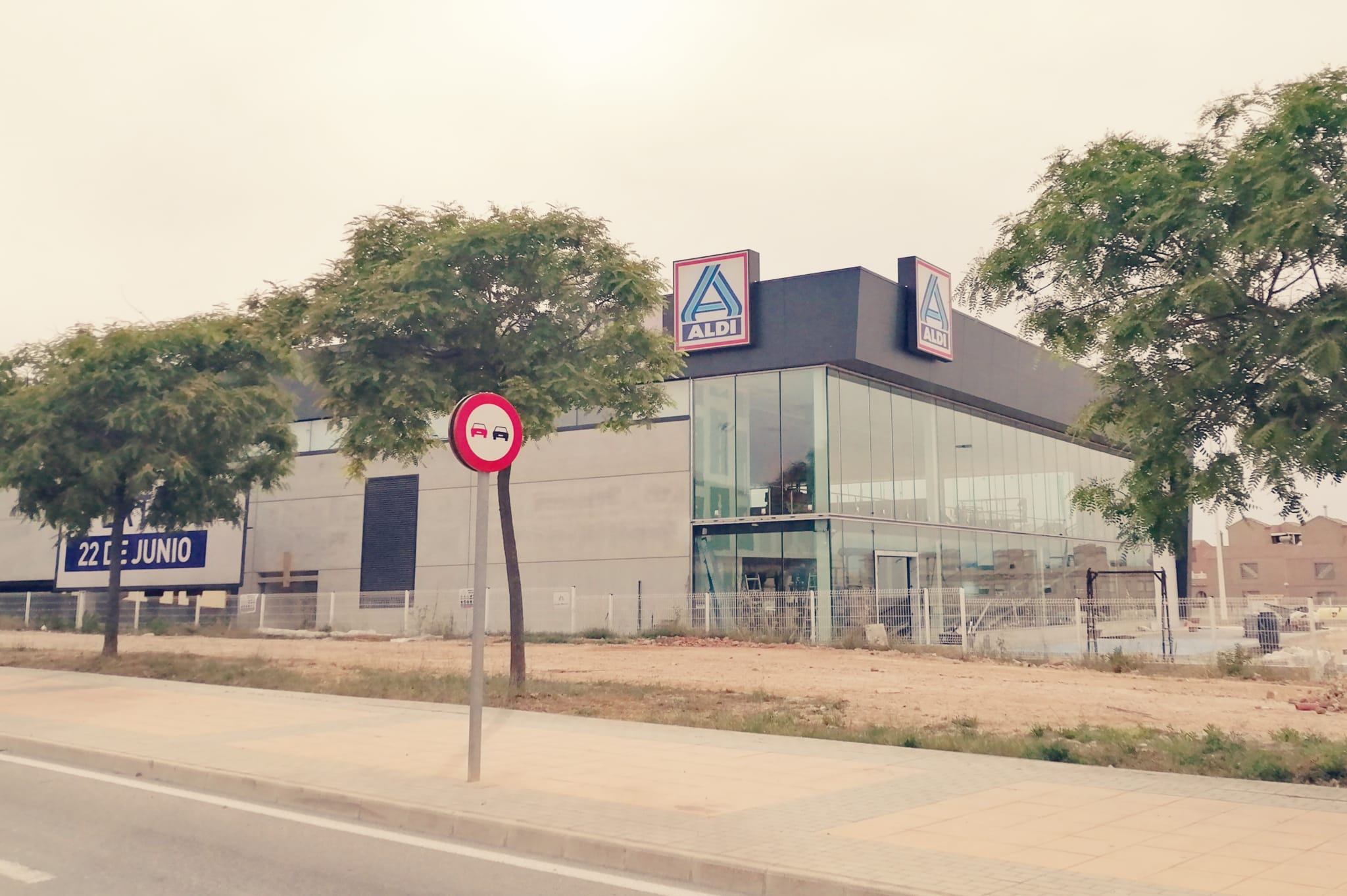 A NEW ALDI supermarket is set to open in Gran Alacant later this month after construction crews battled the bad weather back in March and April to get the store ready before the start of the summer season.

The new ALDI supermarket will open in Alicante’s ​​Gran Alacant, which is located in the municipality of Santa Pola, on Wednesday, June 22, months after the build was battered by the bad weather that hit Costa Blanca.

The new supermarket will be the second from the chain in the municipality and will have more than 1,200 m2 of floor space, a car park with more than 120 spaces and four recharging points for electric vehicles.

This is store number 36 in the province and interestingly, Alicante is the province with the third most supermarkets from the company, only behind Madrid and Barcelona.

The construction of the Aldi means that Gran Alacant, with a population of over 10,000 residents, will have a Lidl, a Mercadona, a Consum, a Dialprix, two Unide markets as well as the new German supermarket.

Simultaneously, a new Lidl supermarket is being constructed in Santa Pola, which will soon boast a Mercadona, a Carrefour, an Aldi and the new Lidl, among others.

Back in early April, residents of the international town of Gran Alacant did not expect the Aldi project to be ready for the summer due to the strong winds that battered Southern Costa Blanca and wreaked havoc on the popular British tourist hotspot.

The weather was so bad that a Bazar located at the top of ‘Cardiac Hill’ had its entire roof ripped off on the morning of April 4, which resulted in two police cars being dispatched to the scene to keep the public safe.