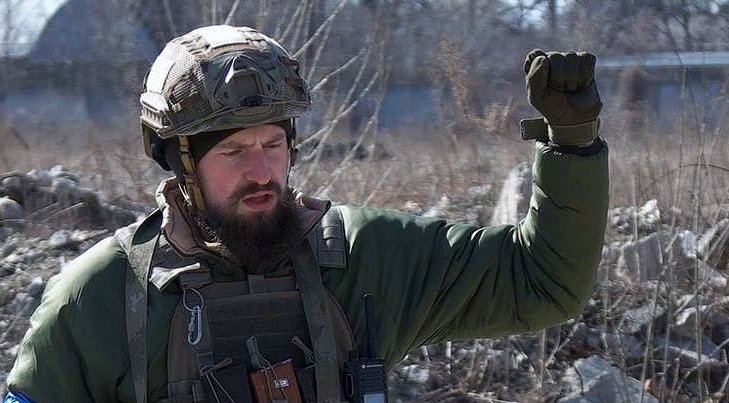 NEARLY 1,500 soldiers from Belarus are said to be fighting with Ukraine against Russia, despite tensions growing between the two countries.

The leader of the Belarusian opposition, Sviatlana Tsikhanouskaya, confirmed that when Russia launched its ‘special military operation in Ukraine “many people in Belarus thought that Ukrainian’s needed help, so battalions were organised”.

Speaking to Italian news outlet Corriere della Sera, Tsikhanouskaya said that the Belarusian ‘Kastus Kalinovsky’ regiment of volunteers sheltered within the Ukrainian Armed Forces have been able to break through the siege in a village in eastern Ukraine.

“At the end of April a group of fighters from our battalion participated in an operation, as a result of which a large group of soldiers of the Armed Forces was able to break through the siege in a village in eastern Ukraine,” he said.

“The Ukrainian army fought in the encirclement for three weeks: supplies of food, water and ammunition were almost exhausted, the number of wounded grew so that the situation became untenable.

“It was decided to break through and get out. The cover and gathering of the group was assigned to our fighters. Our famous commander nicknamed Volat met with the Ukrainian soldiers and allowed small groups of 50 people to leave the area and escape.”

He added: “Belarussian soldiers helped the wounded, provided medical assistance and evacuated those who managed to escape. The Ukrainian soldiers were infinitely grateful.”

As part of their mission in southern Ukraine, it was recently recalled that the Kastus Kalinovsky regiment of Belarus had captured three members of Putin’s army.

“Mazhara Nikolai Valerievich from the helicopter regiment, Vladimir Igorevich from the assault aviation regiment and Smirnov Dmitry Dmitrievich from the radio engineering regiment” were captured by the K. Kalinovsky Regiment after surrounding a dugout housing Russian soldiers and offering to save their lives in exchange for surrendering their weapons.

Furthermore, Anton Gerashchenko, advisor to the Minister of Internal Affairs of Ukraine, posted a video on Tuesday, June 7 of a “warrior” from Belarus’ Kastus Kalinovsky Regiment who lost his leg defending Ukraine.

He wrote on Twitter that the Kastus Kalinovsky soldier may have lost his leg “but not his spirit and strength.”

“Thank you for defending Ukraine, Hero.”

Warrior from #Belarus Kastus Kalinovsky Regiment @belwarriors (Belarus volunteers fighting in Ukraine) lost his leg but not his spirit and strength.
Thank you for defending Ukraine, Hero.#Ukraine️ #ukrainewar pic.twitter.com/wkUUS2ZWGO

As noted, the tensions between Ukraine and Belarus remain.

During its latest update on the war, Ukraine’s Ministry of Defence said on Tuesday, June 7, that “he threat of rocket and airstrikes from the territory of Belarus remains in Volyn and Polish directions.”

“As part of the creation of the southern operational command, it is envisaged to increase the number of armed forces of the Republic of Belarus to 80 thousand people. Equipping military units with equipment and weapons is planned to be carried out by the technical means that are in storage.”