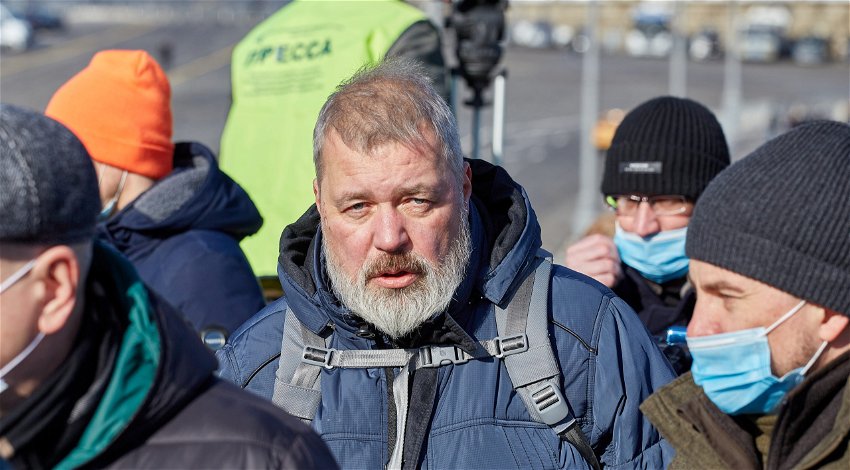 A Russian journalist and fierce critic of the Kremlin has raised €97.5 million for Ukrainian refugees by auctioning his Nobel Peace Prize medal.

On Monday, June 20, World Refugee Day, Dmitry Muratov, Editor of the Russian Novaya Gazeta newspaper, put the medal he won in 2021 up for auction with the proceeds going to help Ukrainian refugee children.

The money is being given to the UNICEF humanitarian response for Ukraine’s displaced children.

Muratov who helped found Novaya Gazeta, was the publication’s editor-in-chief when it shut down in March amid the Kremlin’s clampdown on journalists and public dissent in the wake of Russia’s invasion of Ukraine.

He said the idea of the donation, which includes the €475,000 he received along with the award, was: “To give the children refugees a chance for a future.”

The content of 175 grams of 23-carat gold medal is valued at around €9,300, with the previous highest ever paid for a Nobel Prize medal was €4.5 million in 2014. That record was held by James Watson, whose co-discovery of the structure of DNA earned him a Nobel Prize in 1962.

Muratov, pleased with the result had said that he had the sale would be: “The beginning of a flash mob, as an example to follow so people auction their valuable possessions to help Ukrainians.”

In making the announcement he said it was important international sanctions levied against Russia did not prevent humanitarian aid, such as medicine for rare diseases and bone marrow transplants, from reaching those in need.

Muratov, who was highly critical of Russia’s invasion of Crimea, received his medal along with Maria Ressa. They were individually honoured for their battles to preserve free speech in their respective countries.

Both have been the subject of continued harassment and have even received death threats, but none of these has deterred the journalist from voicing his opposition.

Since its inception in 1901, there have been nearly 1,000 recipients of the Nobel Prizes honouring achievements in physics, chemistry, physiology or medicine, literature and the advancement of peace.

The sale of the Russian journalist’s Nobel Peace Prize medal to help refugee children in Ukraine will he hopes, spur others to make the same sacrifice and to continue voicing their opposition to the war in Ukraine.