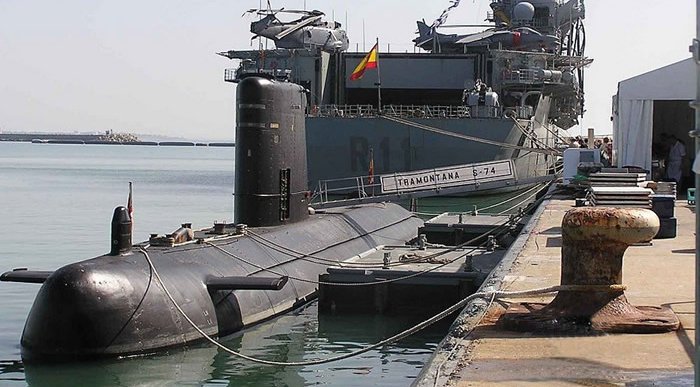 The Port of Malaga will receive a visit this week from the Spanish Navy’s ‘Tramontana’ S-74 submarine.

The Spanish Navy submarine Tramontana S-74 is scheduled to arrive at the port of Malaga this Friday, June 24. It will carry out a stopover that will last until Sunday, June 26. She arrives in Malaga after having participated in the Flotex 22 exercises.

Its Tramontana’s last appearance in Malaga was back in February 2005. This time she returns with the possibility of being visited by anyone who wants to enjoy that unique experience. The vessel can be visited this Friday from 4pm to 6:30pm, and again on Saturday, from 10am to 1pm, and 4pm to 6:30pm.

In accordance with health measures and physical security needs, guided tours will be made in small groups of 10 people, on a ‘first come, first served’ basis.

Visitors have the obligation to wear a facemask and must pass a prior temperature control. They will then access the sub through a vertical ladder. For this reason, the crew of the Tramontana will assess the access of people who may have significant mobility problems.

Built in the shipyards of the Empresa Nacional Bazan in Cartagena, the Tramontana is the fourth Galerna class of Spanish submarine. It was launched on November 30, 1984, and commissioned into the Navy on January 27, 1986.

Taking advantage of the arrival of this submarine, the Malaga Naval Command has organised a conference for the afternoon of this Wednesday, June 22. It goes by the title of ‘Operation Ursula, Sinking of the Spanish Submarine C-3 ‘.

Ensign Diego Quevedo Carmona will give this talk, starting at 7:30pm, in the assembly hall of the Malaga Bar Association, located on Paseo de la Farola in Malaga, as reported by malagahoy.es.