British tourist loaded into a sealed capsule with suspected monkeypox 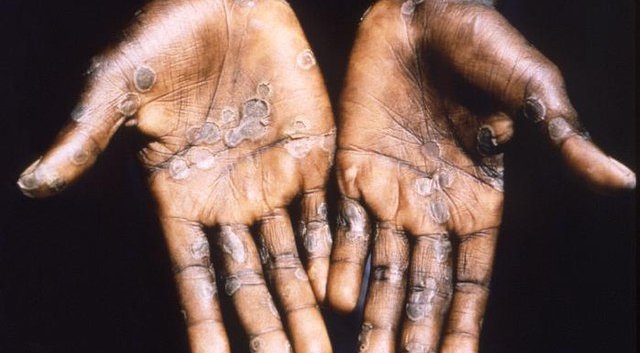 A BRITISH tourist has been loaded into a sealed capsule under suspicion of having monkeypox today Wednesday, June 22 according to ANT1

The tourist was put in a sealed capsule and loaded onto a helicopter on the Greek island of Naxos before they were flown to Athens.

The tourist and his asymptomatic travelling companion are currently in isolation in Attikon Hospital, located in Athens.

Although the results of the test have not yet been confirmed, doctors believe that he has likely been infected with the virus due to his symptoms and connection to the UK.

The patient will remain for treatment at Attica Hospital for the next 20 days at least to undergo further examinations in a controlled environment.

As of last week, Greece had only two reported cases of monkeypox, while the UK’s figure has rocketed to over 800 cases.

If you get infected with monkeypox, it usually takes between 5 and 21 days for the first symptoms to appear.

The first symptoms of monkeypox include: a high temperature, headache, muscle aches, backache, swollen glands, shivering (chills) and exhaustion
A rash usually appears 1 to 5 days after the first symptoms. The rash often begins on the face, and then spreads to other parts of the body. This can include the
genitals.

The rash is sometimes confused with chickenpox. It starts as raised spots, which turn into small blisters filled with fluid. These blisters eventually form scabs which later fall off.

The symptoms usually clear up in a few weeks.