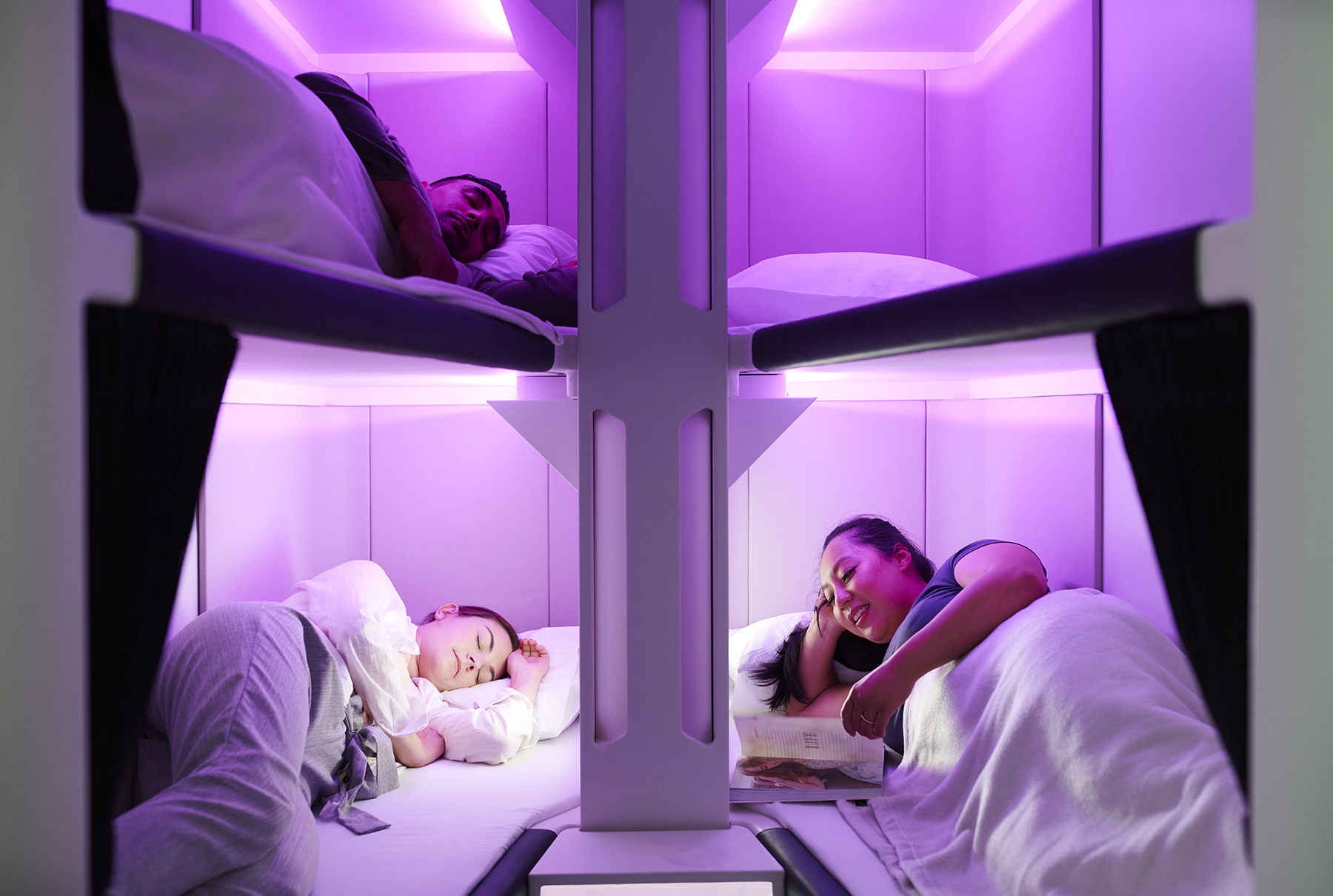 Air New Zealand has announced that it will be the first airline to offer beds in economy class which it will do from 2024 on its long-haul flights.

Currently, beds are only available in business and first-class and at a serious premium, putting them way out of reach for the average traveller. That means for the majority who fly overnight, a bad night’s sleep and a less than productive following day.

Air New Zealand have said they want to change all of that by providing an affordable option for economy class passengers. In making the announcement the company said it has developed the “Skynest” an improvement on its original pre-pandemic idea of flat beds.

Initially, the airline will install just six of the Skynests in eight of its Boeing 787-9 Dreamliner aircraft. Unlike in first class, these are arranged one above the other like a bunk bed. Each will be two meters in length and have a width of up to 58 centimetres.

Air New Zealand say the idea is not for the pods to be occupied the whole flight but rather to allow those who book the option to catch a couple of hours shut-eye at any point during the flight.

Flights such as those from Auckland to New York take 18 hours and cross multiple time zones so people may choose to sleep during the day and night time. Each bed will be fully equipped with pillows, sheets, blanket, USB charging station, individual vents and a privacy curtain.

Air New Zealand has not said how they will charge for use of the Skynest other than to say, those who do make use of the facility will still have to book an economy seat ticket. That is partly down to Civil Aviation laws that require all passengers to be seated on take-off and landing.

The company has also said that it will offer Skycouch and Skystretch, the first option for use on your own or to share with someone and the other to give you chance to stretch out and relax a little.

The company is understood to have patented one or more of its ideas, which it could licence to other airline operators.

As the first airline to say that it will offer a sleeping option in economy class, Air New Zealand would appear to be ahead of the competition in looking at such solutions.