Wimbledon workers being fired over trivial incidents to ‘balance the books’ 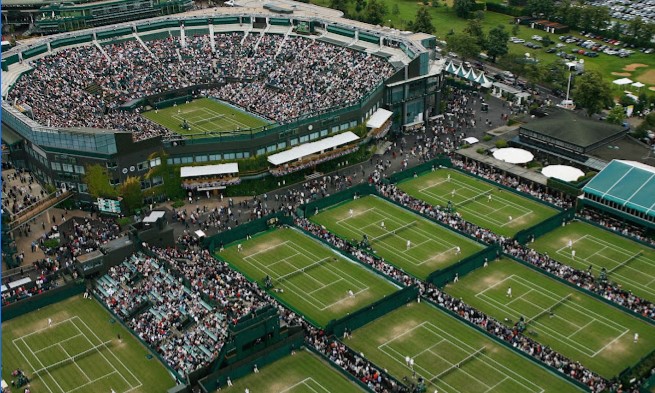 With the Wimbledon tennis tournament suffering low attendance, workers claim they are being fired to cut the wage bill.

As reported today, Saturday, July 3, workers at the Wimbledon tennis tournament are being fired over what can be classed as trivial incidents. They have claimed that some employees have been ‘sacked on the spot’ over something as simple as not asking permission before going to the toilet, according to The Sun.

After reportedly registering the SW19 Grand Slam championship’s lowest attendance figures in the last 15 years, staff believe that workers are being culled for no reason, simply to balance the books.

The Sun has obtained a copy of an email that was circulated to housekeeping workers, which detailed that the number of visitors was down compared to previous years. It reportedly added that “for this reason, the All England Club have asked that we look at reducing our day staff numbers. It may become necessary to ‘cut’ staff”.

“They’re just trying to cull people. Since the email went out, they’ve been very harsh to people, not really giving them any warnings. They’re getting kicked out for relatively minor things”, claimed one 20-something housekeeping worker to The Times.

They added, “It feels like we’re on edge because when you want to sit down for a bit you’re looking around, hoping no one is watching. When we’ve done our jobs and there’s nothing to do, we can’t just be on our feet all day”.

“When we got this gig, we were really chuffed as it pays pretty well compared to other stuff”, another 19-year-old told the paper. Then they revealed that: “We were working on Wednesday, and during our lunch break my friend sat on the Hill and had some strawberries. Next thing he gets an email saying that he won’t be getting any more shifts”.

“Now we’re literally all bricking it to do anything on our breaks or even sit on the hill after we finish working in case we get told there won’t be any more shifts for us”, they added.

In 2019, pre-pandemic, Wimbledon achieved its second-highest attendance figures of all time when more than 500,000 spectators turned up for the duration of the tournament. This year, after the first four days, they are said to be down by 11 per cent on 2019. A total of 153,193 people have watched the matches so far. It is fractionally higher than 2007’s turnout of 148,986.

“We value all of the staff who help us to deliver The Championships, they are crucial to staging this world-class event”, said a spokesperson for the All England Club, denying claims of cost-cutting. “We meet annually with each of our major contractors to agree the terms and conditions of employment, which are shared with all potential employees”.

“We are delighted that many of our staff choose to return to work at Wimbledon year after year and help us to put on an incredible event”, they emphasised.