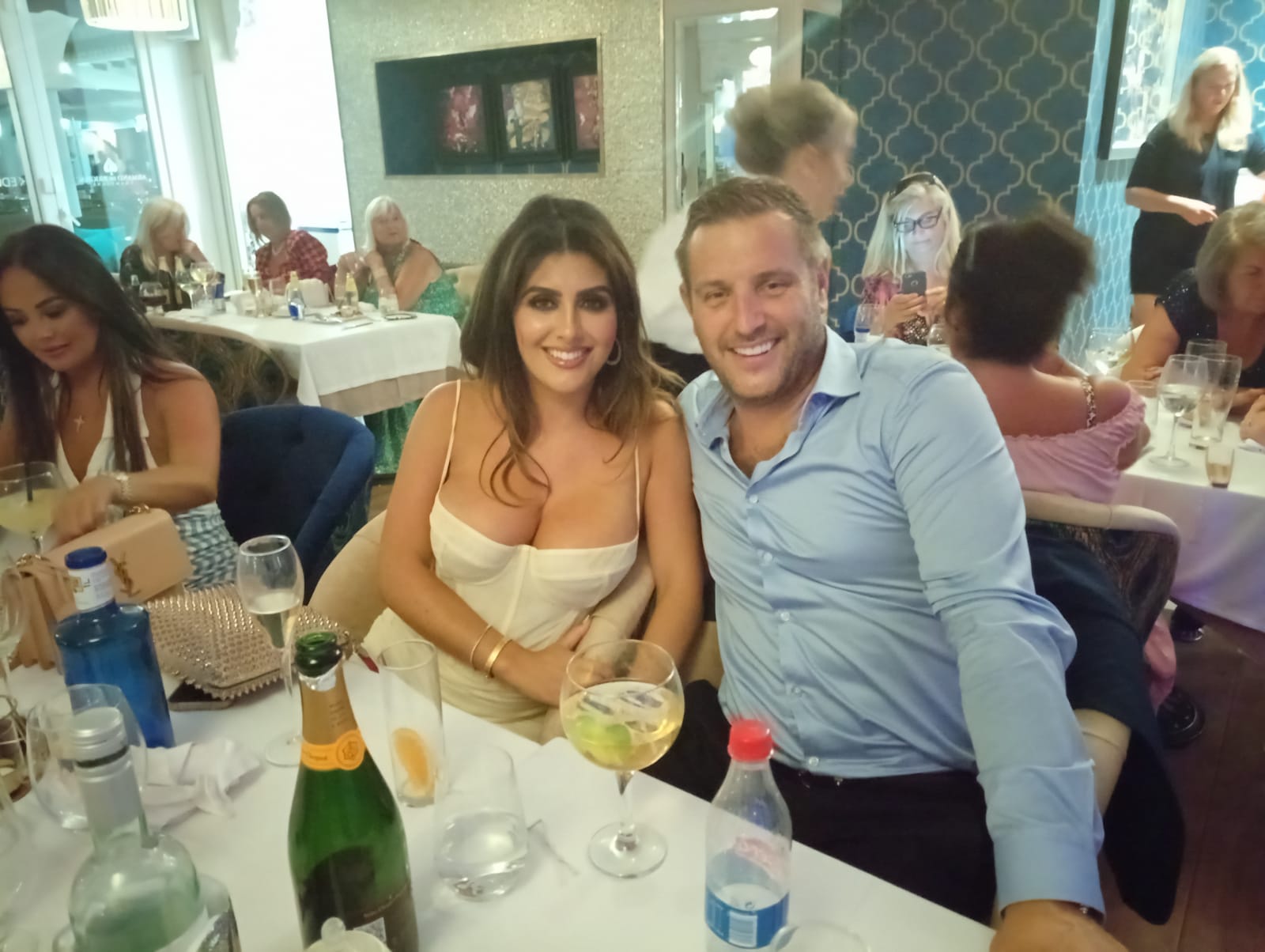 The opening of Eduardo’s La Plaza was a star-studded affair and proved a hit with the packed house, who turned out for an evening of fine food, excellent entertaining and an amazing atmosphere.

Speaking exclusively to Euro Weekly News, Mr Wright explained that Eduardo’s is his tribute to his dad, who passed away last year.

“This is a personal thing [opening Eduardo’s] for me to do since my father passed away last year,” he explained.

“A couple of years ago, pre-pandemic, I actually said to my dad that I was ready to open up, that I wanted to open up another Olivia’s.”

Eduardo’s was originally owned by Elliot’s father and the former TOWIE star pitched the idea of knocking the restaurants together on the Plaza so it “would be big enough for Olivia’s.”

“He agreed and I actually made plans for it and showed him the renders. So my dad got to see what I was going to do,” he said.

The plans that Mr Wright showed his dad before he passed actually when onto form the basis of his Olivia’s La Cala rebuild in Marbella after it was burned down in April 2021.

“It has been such an emotional journey for me here because my dad knew I was going to do this. [In fact], it was originally going to be called Olivia’s La Plaza but after his passing, I thought no, this is his legacy, this is what he started, this was his baby,” he said.

Elliott explained that he learned everything he knew from his father’s tutelage after working his way up through the family business before appearing on TV.

He added: “If there was anything I could do for my dad then to prolong his legacy [this was it]. This is his legacy.”

Despite the setbacks, Elliott worked tirelessly to bring his ‘party restaurant’ to Costa Blanca and completed the build in just seven weeks and two days.

However, Wright did not do it alone.

His wife Sadie, who met the reality star in Marbella, provided the support needed for her husband to realise his dream of continuing his father’s legacy and admitted that the “lead up [to the opening] had been an absolute rollercoaster.”

Sadie said that the restaurant was designed to have a party vibe and explained how hard her husband had worked up until the launch.

“We watch grandfathers with their children on the dance floor and that’s what we like. A true family restaurant.”

“[Elliott] has worked every hour under the sun. It’s been extremely emotional, but he’s pulled it out of the bag,” she said.

Sadie spoke passionately about the vision for the restaurant and revealed that the inspiration behind the idea was from the couple’s own holiday experiences.

“Me and Elliot always say, if we go on holiday with the children, or alone, what would we want.

“We would like somewhere that you can go and have a drink beforehand at the bar, you can sit down and have a really lovely meal and go back to the bar. You don’t have to leave,” she explained.

“A lot of times you have to go to a restaurant and you leave to find a pub or where it gets busy. But here, it will suit everybody and people can spend their night.”

The star of the opening night at Eduardo’s was undoubtedly TOWIE’s James Argent who lit up the crowd with some charismatic renditions of a few Frank Sinatra hits.

Arge, as he is affectionately known, spoke exclusively to Euro Weekly News and praised Elliott, his friend of 16 years, before offering some insight into what he has planned for the future.

James revealed that he met Elliott when he was around 18 years old through his best friend Mark Wright (Elliott’s cousin).

“I always heard about Elliott [through Mark]. He spoke about him in high regard and that he was in Spain, running restaurants and working with his dad,” he said.

“Mark always used to look up to him and I used to visit him in Spain before he came to England and went on TOWIE.

Arge said that he used to do “loads of gigs” at Olivia’s La Cala in Marbella and with the opening of Eduardo’s “we’re going to do something special here.”

James said the opening of the restaurant in Villamartin was “fantastic.”

“Lovely crowd, lovely energy, lovely vibe. Everyone enjoyed themselves and everyone was up on their feet dancing the night away. What more could you want,” he said.

Speaking about the vision for Eduardo’s, Arge said: “Fun, holiday, family vibes. Perfect parties. That’s what we want, that’s what we’re aiming for.”

“[Elliot] has done his dad proud. He’s done everyone proud,” he said about his friend.

“Everyone had a smile on their face.”

Speaking about plans for the future, the fun-loving 34-year-old said that he would be spending time on his passion project, The Arge Band.

“I plan on doing plenty more gigs over the summer now Eduardo’s is open and obviously more at Olivia’s La Cala,” he said.

He added: “Basically, I’m finally doing what I’ve always wanted to do.”