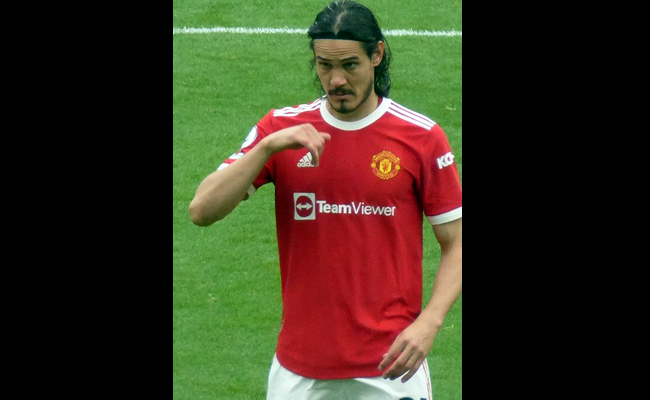 Uruguayan international striker Edinson Cavani is reported to be on the verge of signing on a free transfer for La Liga club Villarreal.

Cavani is currently without a club after his contract expired at English Premier League giants Manchester United at the end of the 2021-22 season, and can join on a free transfer, but there is a stumbling block.

His arrival depends on Paco Alcacer though. The 28-year-old Spanish international has apparently been training apart from the yellow submarine’s first-team squad. It is believed that his sale would be used to acquire the budget to buy the Uruguayan. Marca has reported that Celta Vigo could be the destination for Alcacer.

Should he arrive at the Estadio de la Ceramica then Cavani would link up once again with Unai Emery, who was previously his coach at PSG in France. The striker left Paris for Manchester after becoming their top scorer of all time.

At 34 years of age, the forward would bring a wealth of experience to any team’s forward line, although it has to be said that during his one season at Old Trafford his total of only two goals in 15 matches is hardly encouraging.

Cavani had been linked with another Spanish club recently, Rayo Vallecano, and Turkish giants Fenerbahce had also made enquiries. He has performed at the highest level for many years, with those spells at Man United and PSG added to his times in Italy’s Serie A with Palermo and Napoli.

Villarreal have already announced that former Tottenham defender, the Ivory Coast international, Serge Aurier, will not be a part of their plans for the coming campaign. A statement read: “Villarreal thanks him for his professionalism and dedication during his time as a groguet and wishes him the best of luck in his next professional adventures”.

On July 11, the former Liverpool goalkeeper and Spanish international, Pepe Reina, was unveiled as a new Villarreal player on @VillarrealCF: