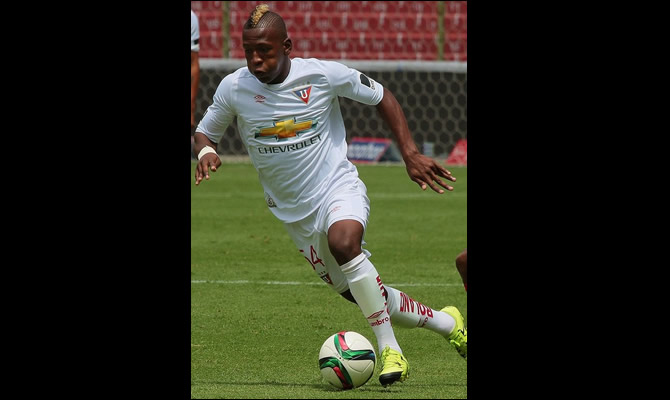 English Premier League club Brighton and Hove Albion, this Tuesday, August 16, announced the arrival of 24-year-old Ecuadorian international defender Pervis Estupinan. He joins the Seagulls from LaLiga Santander side Villarreal on a five-year deal worth a reported £17 million (€20.2 million).

We're delighted to announce the signing of defender Pervis Estupinan from La Liga side Villarreal! ✍️

The full-back will replace Spaniard Marc Cucurella, who recently moved to Stamford Bridge with Chelsea. Brighton boss Graham Potter said: “We’re excited by what Pervis brings us and he fills a position to which we’ve been looking to add depth”.

“In addition to his international experience, he has played for Villarreal in the Champions League and Europa League, as well as gaining plenty of experience in La Liga”, he added. “We will help him to settle here in England, but we’re looking forward to working with him and seeing him in action in the Premier League”, as reported by worldsoccertalk.com.

Pervis has gained vital European experience with Unai Emery’s Villarreal. He made 10 appearances in the Champion’s League, helping the Spanish club reach last season’s semi-final. They eventually lost 5-2 on aggregate to Liverpool. A Europe League winner’s medal came his way as well.

Capped 26 times at international level for Ecuador, he also racked up 91 LaLiga matches with the Yellow Submarines in Spain. Prior to Villarreal, Pervis had spells with Granada, Almeria, Mallorca, and Osasuna.

He arrives at the American Express Community Stadium on the south coast of England to join up with fellow South American, Julio Enciso. The Paraguayan international striker arrived on June 17 in a £9.5 million (€11.3m) deal from Club Libertad.

"It's a dream to be here." 💬 Watch our extended interview with @JulioEnciso33. 🙌🎥 pic.twitter.com/iIp1riM4Rp