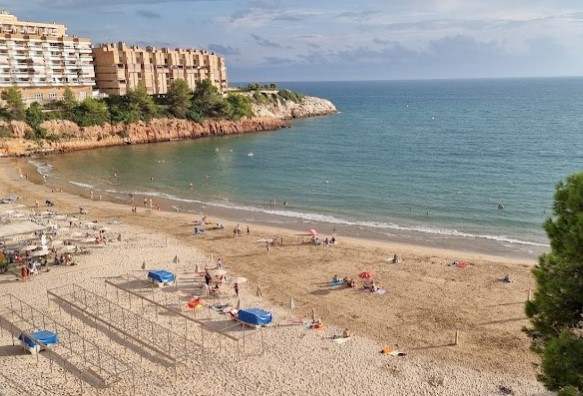 An incident at a beach in the Tarragona town of Salou saw two adult males drown and a teenage boy left in a critical condition.

As indicated by the Civil Protection department of the Generalitat on Thursday, August 18, two men died in drowning incidents at a beach in the Tarragona resort of Salou. The incident occurred at Capellans beach at around 3:35pm.

112 Emergencies received a call alerting the operator that lifeguards at the beach had observed a group of bathers in the rocky area of the beach, clearly in distress. Medical assistance was requested, at which point the 112 coordination centre immediately deployed six Emergency Medical System (SEM) units to the location. A rescue helicopter was also dispatched, along with an SEM command vehicle.

While waiting for the emergency services to arrive, bathers managed to pull three persons out of the water and onto the beach. They included two adult males aged 60 and 46, and a 15-year-old boy – the son of one of the adults – all of Romanian nationality.

Resuscitation attempts were carried out by the lifeguards, and medical teams took over after their arrival. Their efforts were in vain, and the two adults were pronounced dead at the scene. The teenage boy was transferred in a critical condition to the Juan XXIII Hospital in Tarragona.

Mossos d’Esquadra officers are conducting investigations to clarify the facts surrounding the deaths and have taken charge of the proceedings. Els Capellans beach is under surveillance, as, just at the time of the incident, due to the mistral wind, the safety flag was being changed from yellow to red, as reported by 20minutos.es.