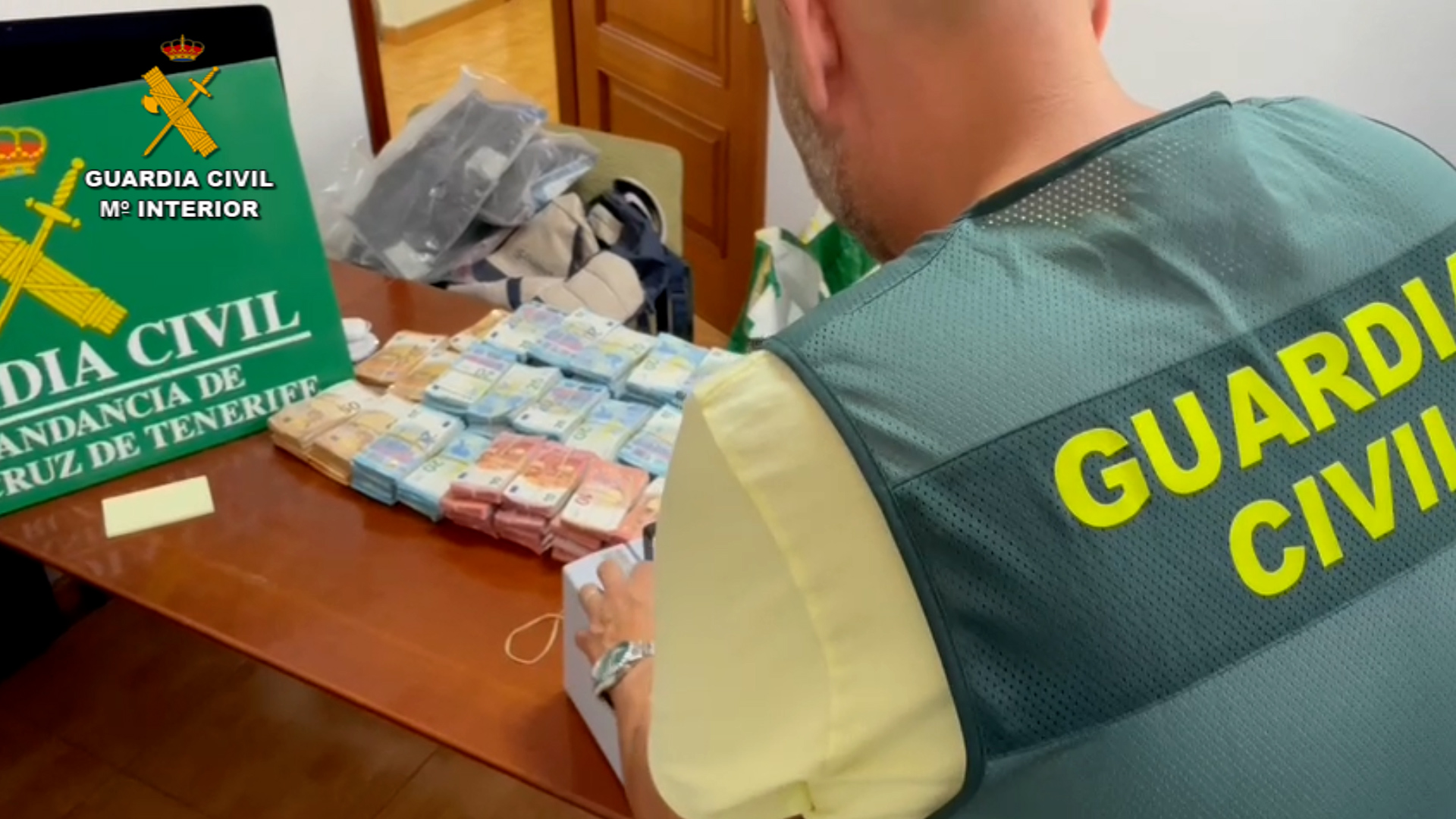 The four detainees allegedly had a long criminal record and always acted with great violence.

On Monday, August 29, the Guardia Civil confirmed they had recovered more than €240,000 euros stolen from theft.

Robbery involving violence, illegal detention, breaking and entering and usurpation of public functions are the crimes that the four detainees and four others investigated for these acts are charged with.

The investigation began at the beginning of the year following a robbery involving violence committed in a prestigious company located in the south of the island of Tenerife.

The robbers even gagged and beat the victims in order to obtain the loot.

The detainees had a great deal of prior preparation, studying the robbery in detail and executing it with surprising speed.

They also immediately incorporated the stolen money into the legal circuit, for which they had a stable structure of collaborators with whom they acquired all kinds of goods.

In a robbery carried out in the town of Abades (Arico), the perpetrators, after identifying themselves as civil guards, stopped a worker in charge of transporting cash. The victim was tied up and the robbers fled with the money.

During the arrests, the assailants tried to flee and even barricaded themselves in someone else’s house.

The police operation ended with the arrest of the four perpetrators and the recovery of €243,000 in cash, corresponding to the total amount stolen according to the institution concerned.

This operation concludes with the investigation of the eight members of the organisation – all of them residents of the island of Tenerife -, the recovery of all the money stolen, and the seizure of seven vehicles, as well as identification waistcoats, masks and caps with Guardia Civil anagrams.