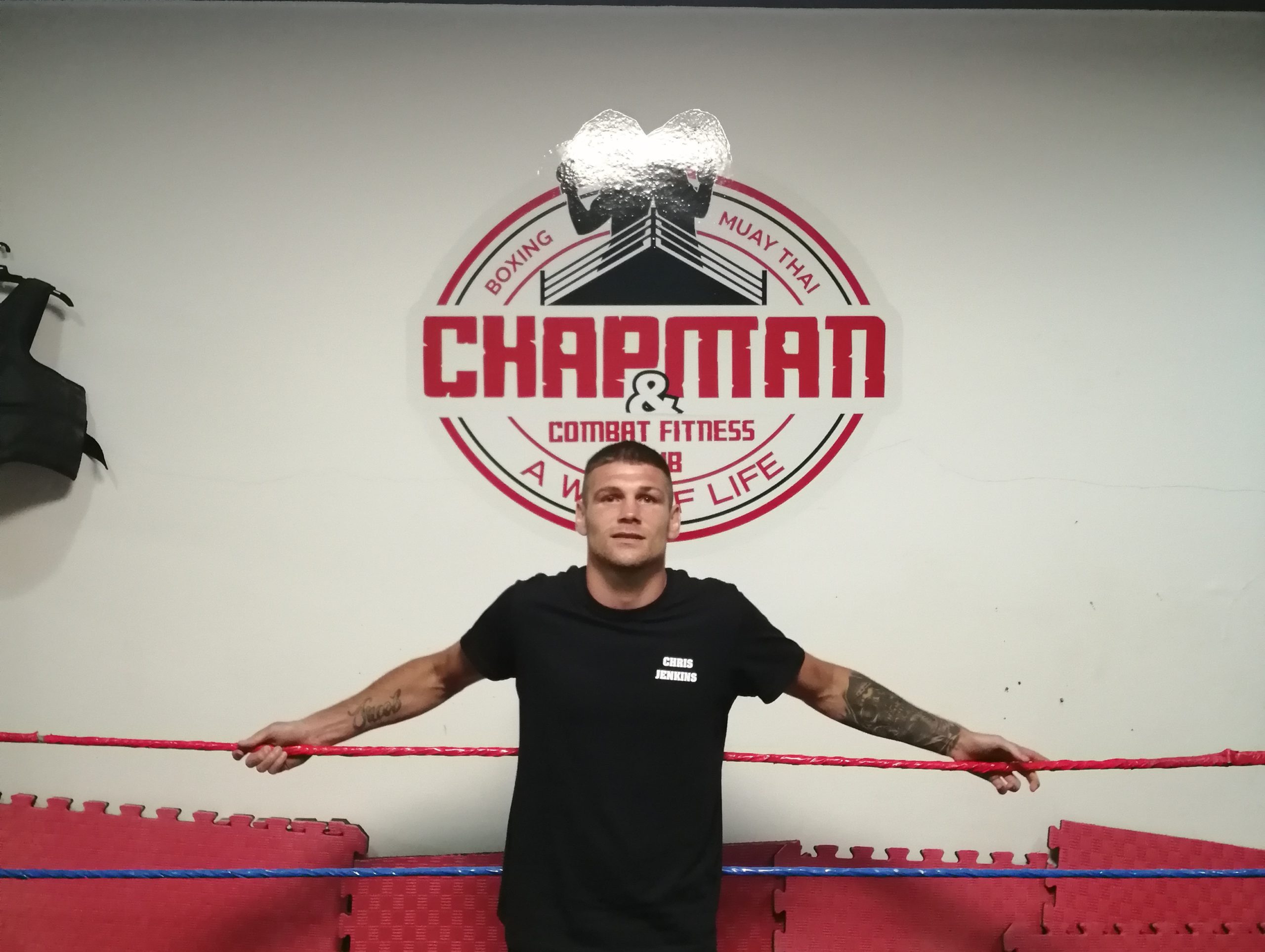 EURO WEEKLY NEWS caught up with former British and Commonwealth welterweight champion Chris Jenkins at Chapman’s Boxing Gym in Alicante’s Jalón, where he talked about his career, the sport of boxing and the important role it can play in the battle against mental health issues.

Speaking exclusively to Euro Weekly News at Chapman’s Boxing Gym in Spain’s Jalón, Welsh boxing champion Chris Jenkins opened up about his time in the sport; from the highs of winning titles to the lows of losing fights and friends, and spoke about the benefits of boxing.

The 34-year-old began boxing at the age of 12 because he was a “busy kid” and was “naughty at school” and realised that he needed an outlet for his energy.

After trying rugby “like most Welsh kids”, he was considered too small so following a discussion with his mum, he ended up going to his uncle’s gym to start boxing.

His first memory of that gym was the smell of blood and sweat and he has “never looked back since that day.”

Sitting next to Chapman’s owner Jamie, Chris said that “if it wasn’t for boxing, I wouldn’t be here now.”

He said he witnessed so many people going down the wrong route in life, from jail to early death, and without the discipline, respect and dedication that boxing brought him, he could have gone that way too.

This is an important theme mentioned throughout EWN‘s discussion with Chris and one of the reasons Jamie opened his gym here in Spain.

After moving from the amateurs to the pros, the father-of-three spoke about winning a prizefighter tournament and how he felt after his undefeated streak finally came to an end.

The Swansea fighter stressed that winning the tournament was a huge achievement in his career after beating three people in one night, and it was that win that earned him the money to marry his wife, who has supported him throughout his career.

Then, shortly after his tournament victory, Chris won his first belt as a pro – the vacant WBC International super lightweight title.

At this point, he was ranked number 15 in the world.

However, the following year, 2015, he went for the vacant British super lightweight title and lost. It was at that point that Jenkins revealed he nearly walked away from the sport.

“No one likes losing,” he said.

But Jenkins didn’t quit and after linking up with former WBU middleweight champion Gary Lockett, he eventually made his way up to challenge for the British and Commonwealth welterweight titles, both of which he won in consecutive fights.

“I’ve done good in the sport. I know I’m at the tail end of my career but if it wasn’t for boxing, I probably wouldn’t be here tonight.”

Chris spoke about the common misconception that boxers are nasty people, thugs and always looking for a fight.

“It couldn’t be further from the truth,” he said.

“The truth is, we’re dedicated. We’re respectful. We do this to provide for our family.”

He added: “Nine times out of 10, boxers will not go out and look for a fight.

“In boxing, you do learn self-discipline.”

Chris, whose boxing hero is Ricky Hatton, said that not only is boxing not a thug sport, but it is also great for your mental health.

Speaking about his hero, Chris said: “[Ricky Hatton] had all that money and went down the route of drugs and all of that, look how he’s turned his life around through training.”

“He turned his life around by having a gym [somewhere to train and lose all that weight].”

Both Chris and Jamie mentioned that training, boxing and keeping fit are great ways for people to avoid going down the wrong path in life and overcome mental health issues.

Chris opened up about the devastating personal losses he has suffered in his own life after two of his closest friends committed suicide.

“Personally, I’ve lost two of my friends,” he said emotionally.

Fighting back tears he said that “Gatesy, my kid’s godfather, killed himself. It hit me hard. I struggled for 18 months to get over it. I nearly lost my marriage through it.”

He added: “He was struggling but he didn’t tell me. He was all smiles and things.

“Then after I won the British title, my friend Shaun killed himself. I went to the house and the police were there. It was true.”

“Shaun had a good life, he enjoyed himself. That was proper hard to take,” he said.

“With mental health, in the UK now, it is coming a little more common [to talk about]. It’s ok not to be ok.”

Chris said that boxing can definitely help with mental health.

“If you have issues going on in your head, what would you rather do? Go to the pub, get leathered and maybe do some drugs and go home and overthink things or go to the gym, where you will be around people with positive energy, learn something and put your mind into that?

“In the gym, it’s a little family, people to talk to.”

He added: “Personally, I think along the mental health side of it, getting in the gym, you’ll see no thuggery.

“You’ll make friends, go for coffee. You won’t be in your house, drinking beer.”

“Boxing is needed for mental health but also for the naughty children of the world who the system fails,” Jenkins said.

“Get them in the gym. Learn them discipline and respect.”

Jamie added that he’s witnessed it first-hand, after a session in his boxing gym, when someone has had something weighing on their mind, they walk out relieved, lighter and freer.

When asked about boxing in Spain and Chapman’s Boxing Gym in Jalón, Chris spoke honestly.

The Welsh fighter, who ranks Mexico’s Canelo Alvarez as the best pound-for-pound fighter, said that moving to Spain is something that he has considered and has enjoyed training at Chapman’s since he’s been in Alicante.

“With everyone’s support, who knows, one of those Spanish children playing outside now could be a future champion.”

He added: “We can turn the people’s opinions in the village. If someone has an opinion on something until they see it for what it is, then nothing is ever going to change.”

Speaking of support for the sport, Jamie added that if all the clubs got together and worked with each other, every gym would be packed and the sport would grow in Spain.

“We have got to help each,” Chapman’s owner said.

Chris ended by saying that by creating a thriving boxing community in Spain, ” you help the youngsters who may need it by getting them off the streets.

“You help those who may not be able to cope with the mental stresses currently in our society, you grow the sport and support boxing gyms like Chapman’s.”

If you want to join the action at Chapman’s Boxing Gym, whether amateur or pro, for fitness, camaraderie or mental health, everyone is welcome – just contact Jamie via WhatsApp; +34 617 62 79 85, email; [email protected] or visit the Facebook page for more details.

There is also Chapman’s new ‘Box to the Beat’ class – club night vibes to have fun and help you get fit.