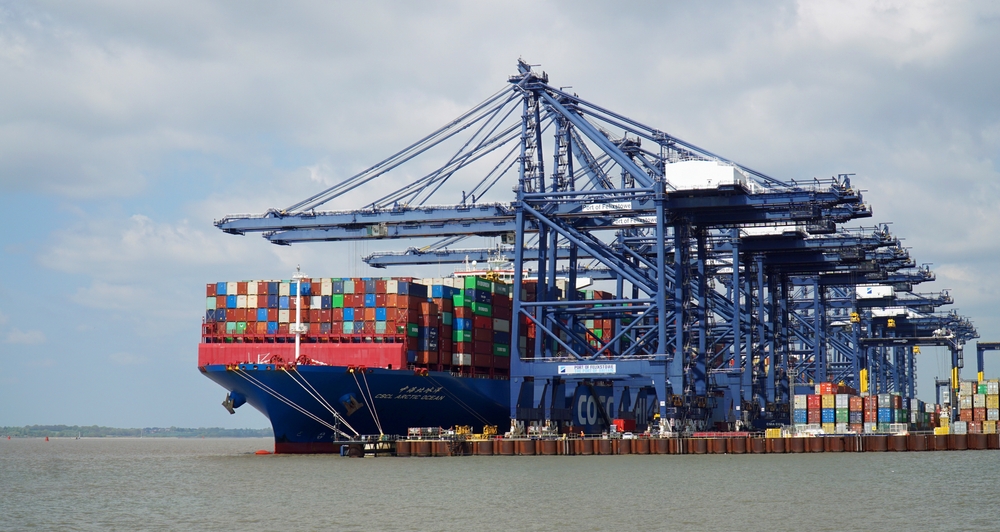 Felixstowe container port staff who brought the facility to a standstill last month, are said to be planning a second eight-day strike.

The UNITE union announced on Tuesday, September 13 that with no resolution in sight they would be planning a further strike from September 27 to October 5. According to UNITE, 82 per cent of port workers voted in favour of the second strike overwhelming rejecting a seven per cent offer.

Unite National Officer for Docks Bobby Morton said: “Further strike action will inevitably lead to delays and disruption to the UK’s supply chain but this is entirely of the company’s own making,” making references to port operator CK Hutchison.

UNITE says the offer is a real pay cut for workers, however, Felixstowe port said in a notice on its website: “The collective bargaining process has been exhausted and there is no prospect of an agreement being reached with the union.”

The statement adds that port authorities are “very disappointed” with news of the strike and were in the process of implementing the sever per cent pay award plus £500 pounds (€585) backdated to January 1.

Like most strikes, the eight-day walkout caused enormous disruption to supply lines effectively putting other jobs at risk and adding to the already sky-high inflation rate.

Workers at the Port of Liverpool are also set to go on strike from September 19 to October 3 over pay, according to UNITE.

Unions have suspended strike action until after the Queen’s funeral, which means that the country could see a sharp upturn in strike action towards the end of the month.

Felixstowe accounts for nearly half of all containers brought into the UK, with any strike action in the facility severely affecting the supply of consumer goods but also key components for the UK’s manufacturing sector.

Business leaders will be disappointed to hear that Felixstowe container port staff will go on strike once again, many having insufficient time to plan ahead for the next closure due to industrial action.