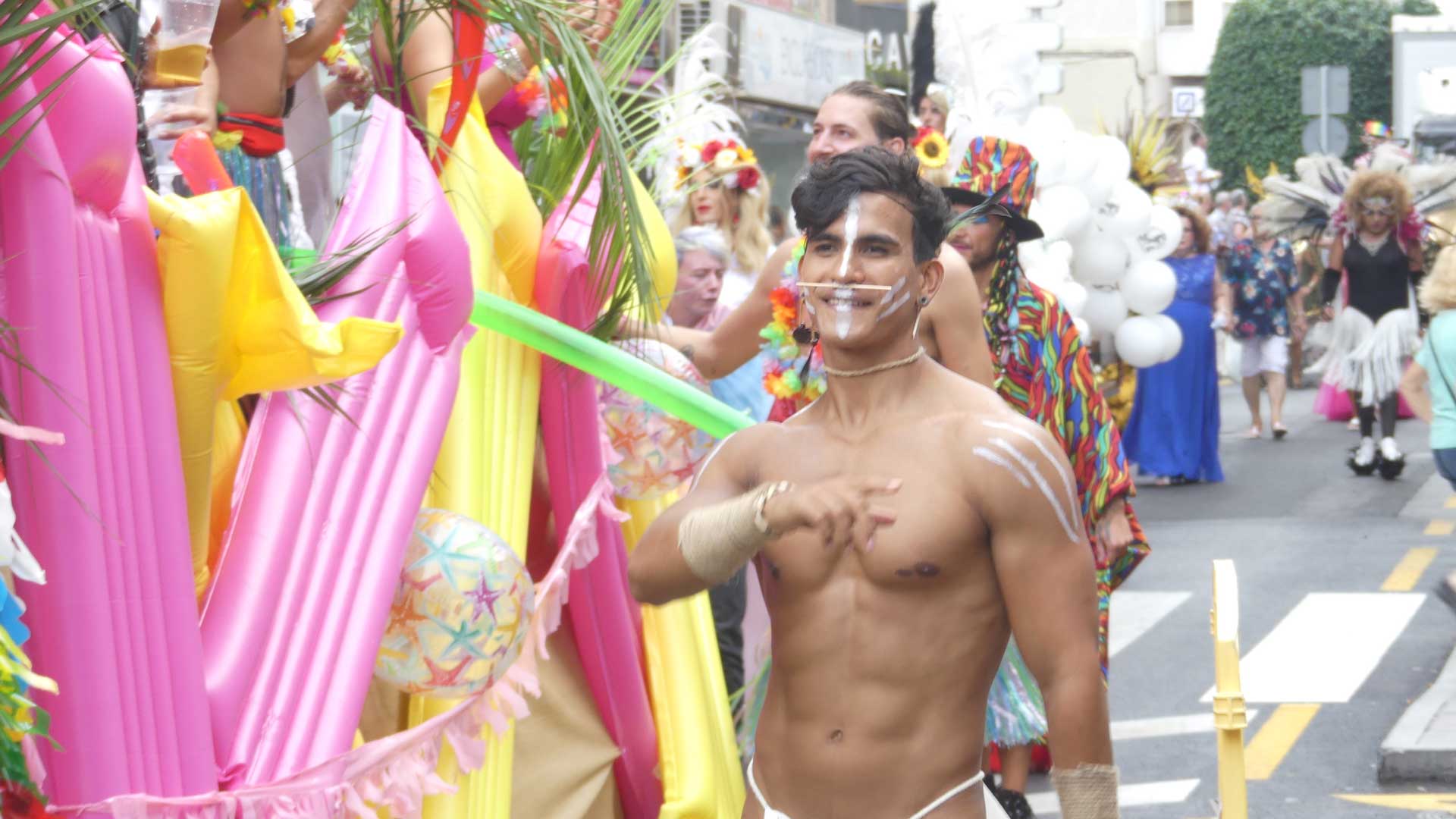 From the stage, the host and one of Benidorm Pride’s organisers, Sammy Kruz, told the revellers, “Tonight I would like you all to raise your glasses to an international icon, Queen Elizabeth II.”

He repeated the tribute at several of the other events that preceded Saturday’s parade through central Benidorm.

The week-long Benidorm Pride festival marked the climax of the European Pride season. It attracts many thousands each year to the resort, which has a well-established and welcoming gay village in the narrow, picturesque streets of the Old Town.

This year’s Pride, Benidorm’s 12th, served to remind us of the enormous strides Spain has made in recognising LGBT+ rights.

Homosexuality was illegal in Spain up until 1979.  That year, Madrid staged its first Pride march and in 2005 Spain became one of the first countries in the world to legalise same-sex marriage.

In 2007 Spain was hailed as having the most advanced LGBT rights on the planet. These extraordinary changes occurred under the government of Spanish prime minister, Jose Luis Rodriguez Zapatero, who championed these rights  during his two terms in office.

Last August, Barry Duke pointed out in a report for the UK LGBT+ charity, The Pink Triangle Trust, that the Spanish government had approved further measures that strengthened protections already afforded to LGBT+ communities.

Among other things, these recognised the rights of trans people “to be who they are”, making conversion therapies a criminal offence.

Homosexual activity remains a criminal offence in 33 of the 54 Commonwealth sovereign states and is legal in only 22.

“It’s my fervent hope that King Charles III will exert his influence to end all homophobic laws within the Commonwealth group of nations,” Barry declared.