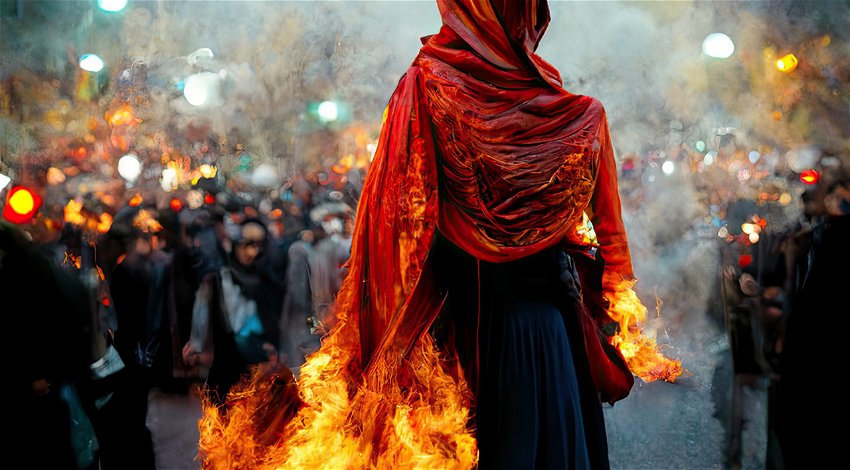 Following the death of 22 year old Mahsa Amini, a young woman arrested on suspicion of breaking hijab-wearing rules, muslim women in Iran have been removing their hijabs and cutting their hair in protest.

Police in Tehran told Amini’s family that she died of a “sudden” heart attack, however she supposedly had no previously known heart conditions and witnesses reported seeing her being beaten up inside a police van, as reported by BBC News.

Supposedly, she was arrested for the purpose of “justification and education” in regards to her hijab.

A hijab is a traditional head covering often worn by muslim women. It is a cloth wrapped around the head, neck and chest, covering the hair but leaving the face visible.

Amini’s death prompted large scale riots to erupt in Iran, in which women were removing their hijabs and using the cloth to wave in the air in protest of the 22 year old’s death. Many have also burnt the pieces of cloth used as a head covering as a demonstration of their rebellion against the Tehran police’s actions.

Through social media platform TikTok, many women around the world have also shown their solidarity for the protests by filming themselves removing their own hijabs and cutting their hair on camera.

Even CNN’s chief international anchor Christiane Amanpour turned down a rare interview with Iranian President Ebrahim Riaisi, refusing to wear a head scarf as the interview was to take place on US soil.

The president himself has asked Iran’s interior ministry to “investigate the cause of the incident with urgency and special attention.” as reported by Iranian state-run news agency IRNA.