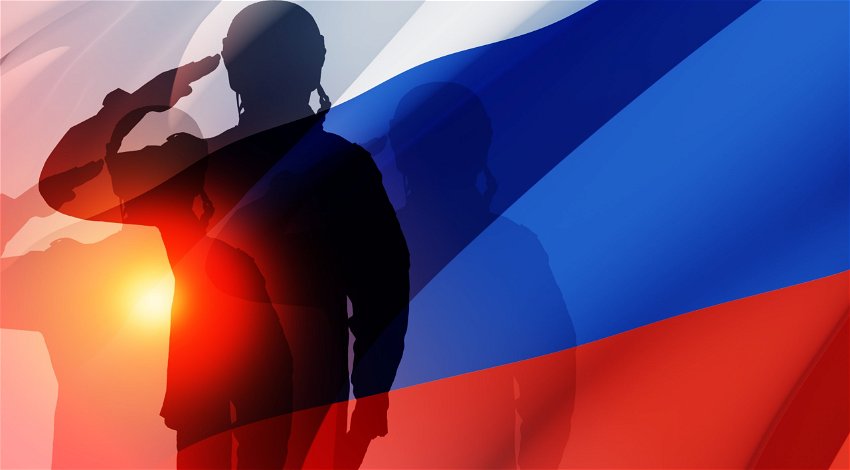 Image of a Russian flag with a soldier's silhouette. Credit: Hamara/Shutterstock.com

A Russian mother murdered her six-year-old daughter after arguing with her husband who had just been drafted into the military by partial mobilisation.

As reported on Tuesday, September 27, a Russian mother stabbed her six-year-old daughter to death in the Permian village of Barda. The incident occurred on September 25, as the result of a quarrel with her husband after he was drafted into the army as part of Vladimir Putin’s partial mobilisation.

Oleg Drozdov, head of the department of guardianship and guardianship of the Bardymsky district of the Kama region revealed the details to Daily Storm. After murdering the young girl, the woman tried to commit suicide.

“This family was not registered with us at all, we did not hear anything about it. An ordinary family. I talked with my specialist in Barda, the family did not appear on any records”, explained Drozdov.

He added that on the part of the residents of Barda, “there have been no signals at all” to the social protection authorities. The family has a second child and he is now in the care of his grandmother, Drozdov said.

According to the Telegram channel ‘Beware the News’, the woman had been drinking and subsequently argued with her husband because he had been drafted into the army on partial mobilisation. The man had served in exploration for about 10 years, most recently working on an oil well.

The investigating committee said the mother killed her daughter after an argument “over a minor matter”. She had allegedly attempted suicide on two previous occasions before the murder and is now in hospital.

Posts on social media have claimed that the mother was registered with a psychiatrist, something which the Investigative Committee has not confirmed.