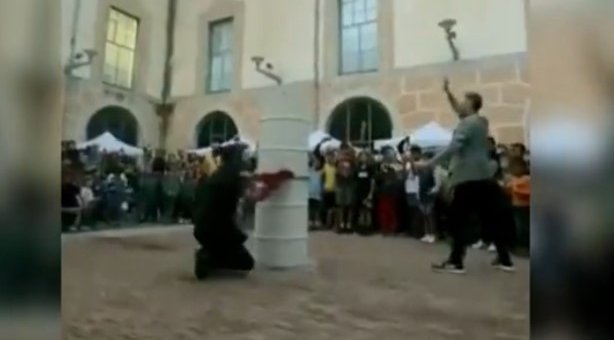 A total of two adults and three children were hospitalised suffering from injuries after an explosion that occurred at Girona’s Casa de Cultura yesterday, Friday, September 30. According to a spokesperson from the Josep Trueta Hospital, they are all out of danger and could even be discharged later today, Saturday, October 1.

Eighteen people were injured when a drum of liquid nitrogen exploded during a scientific outreach event, which mixed magic and science, designed to bring science closer to children, as reported by elperiodico.com.

Video footage that was uploaded onto social media showed the exact moment that the massive explosion occurred:

WATCH: At least 18 people were injured due to an explosion that occurred during a show of scientific experiments as part of the European Evening of Scientific Research in the House of Culture in Girona, Spain. #Spain #Accident pic.twitter.com/brwhFvffII

At least a dozen people have been injured after an explosion occurred explosion this afternoon, Friday, September 30, in Girona’s Casa de Cultura building. Sources from the Generalitat Fire Brigade informed Europa Press that the incident happened at around 7:45pm.

The cause of the explosion is unknown at this time, and no official confirmation has been given about the seriousness of the injuries suffered by the victims, or indeed the exact number of people hurt in the blast.

Multiple emergency services were immediately deployed to the location, including six fire crews from Girona, along with units from the Mossos d’Esquadra and ambulances from the Emergency Medical System (SEM).

Initial reports seem to indicate that the deflagration occurred while experiments were being carried out as part of the Night of Research, as reported by larazon.es.