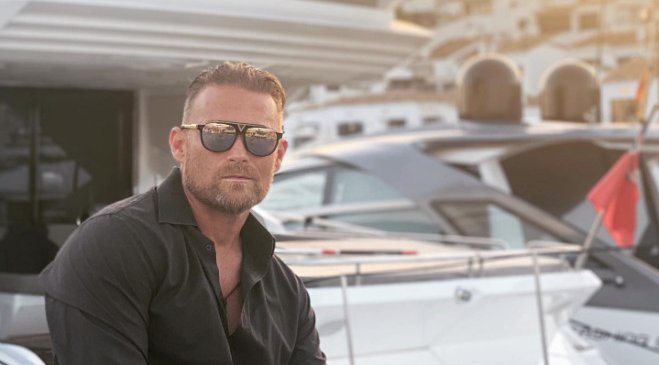 EURO WEEKLY NEWS caught up with Costa del Sol movie star Franky Lankester to chat about his latest film, Room 4D, which is set to premiere at the Marbella International Film Festival at 9 pm on Wednesday, October 5.

Speaking to EWN, film producer/actor Franky Lankester revealed that his psychological thriller Room 4D was shot entirely in Spain’s Marbella and was based on true events from the area 8/9 years ago.

The story revolves around a girl in her early twenties who gets kidnapped after falling out with her boyfriend.

And it is Franky who plays the movie’s bad guy.

Obsessed and unhinged after suffering mental and physical abuse from his mother as a child, the film’s antagonist rapes and ties the young girl up in a room.

“He suffered abuse from his mother and takes it out on other women,” Franky told Euro Weekly News.

“However, he loves this girl. He is obsessed. Which is why he doesn’t kill her.”

Shot on a budget, the indie film uses a cast and crew all from Andalucia’s Marbella.

“I met the Mayor of Marbella at an event in London and she asked me why only gangster films are filmed in Marbella,” the actor said.

“So I told her that I would film something completely different and use only local crew and actors.”

The film was shot in 2021 while the world was going through the Covid pandemic so Franky and [writer-director] Tony Bianchi came up with the idea of using just a few locations to shoot the film.

Franky revealed that the audience is in for an intense psychological thriller as the protagonist goes through a whole range of emotions that will leave the audience on the edge of their seats.

Franky shared an upcoming project with EWN and also said what it was like to work with one of Britain’s most unlikely Hollywood movie stars.

Post-Covid, as the world has opened back up, Franky said that he is set to work on another Marbella flick based on true events from the Spanish city.

“My next will be an action film similar to Gone in 60 Seconds but based on true events in Marbella.”

Having worked with footballer-turned-actor Vinne Jones on the 2020 film Ron Hopper’s Misfortune, Franky has been staying busy with acting and producing.

Speaking about working with Vinnie Jones, Franky revealed that despite his hard man reputation, the former Wimbledon player was “down to earth.”

He came up with “great solutions if I had any problems and was very approachable,” Franky said.

You can watch the premier of Room 4D at the Marbella International Film Festival at 9 pm at Red Dog Cinema, in Puerto Banús.