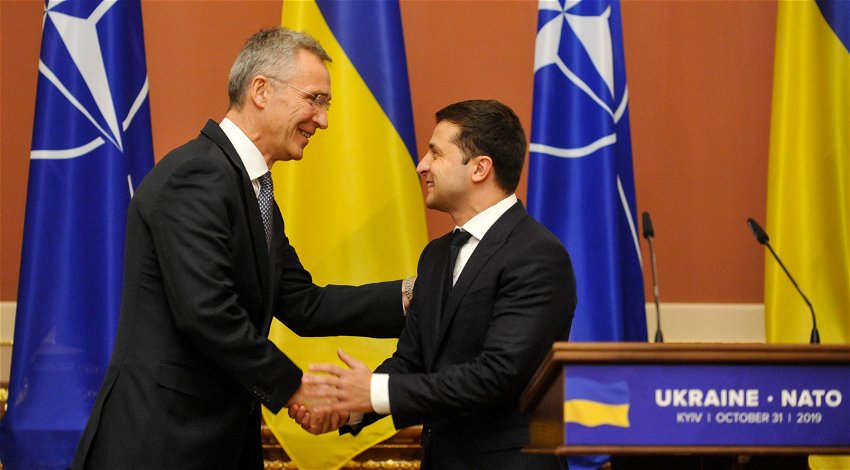 THE deputy secretary of the Russian Security Council, Aleksandr Venediktov, believes that if Ukraine is admitted into NATO then that might be the beginning of World War III.

“Kyiv is well aware that such a move would mean guaranteed escalation to World War III,” Venediktov said.

Venediktov added: “The suicidal nature of this step is also understood in the North Atlantic Alliance.”

According to the Russian Security Council’s deputy secretary, this is “why a number of European powers were not enthusiastic about Ukraine’s desire to join NATO as soon as possible.”

Hinting at some of the country’s hesitations, Venediktov said that is why some acknowledged some counterarguments for them joining, like “incompatibility with the organisation’s standards and the existence of territorial disputes.”

On 30 September, Ukrainian President Volodymyr Zelensky announced that Kyiv had applied to join NATO on an expedited basis.

Last month, the speaker of the House of Representatives of Belarus, Vladimir Andreichenko, said that World War III was actually already in progress and can develop into a war zone.

On Tuesday, September 20, the speaker of the lower house of Belarus’ parliament said at the time: “Humanity is not just one step away from World War III, it is actually going on in international relations, the economy, people’s heads and is increasingly moving into the war zone.”

He blasted the words of Western politicians that “the global conflict must be resolved on the battlefield.”

He believed that only a strong state “based on national traditions of people’s power” can survive and develop in conditions of global confrontation.

“The moment of truth has come today for all of us – those who support the government and those who criticise it. No one can sit on the sidelines.”