UPDATE: And then there were five as PM faces ducks budget question time 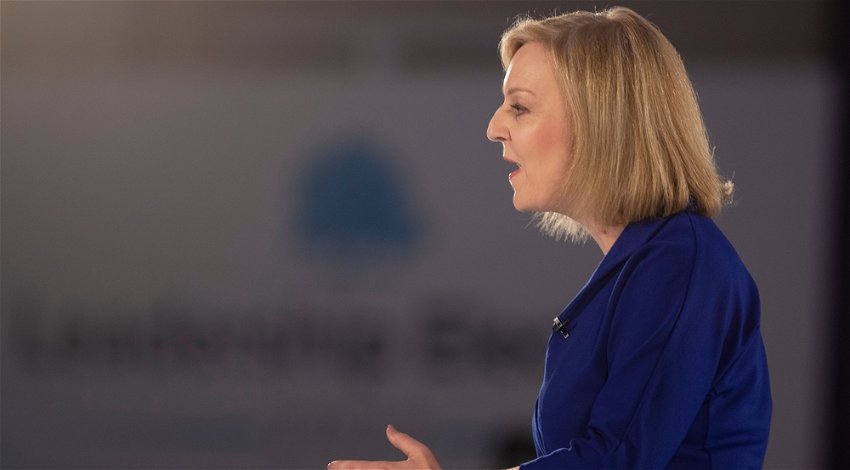 18:12 (October 17) – The prime minister today skipped parliament for the most important part of the day’s session, the presentation of the new budget by the chancellor.

Under increasing pressure to step down, Truss left the house before the presentation and the ensuing questions. She left her rival for the role Penny Mordaunt in her place, who said that the prime minister had a genuine reason for not being there.

But perhaps it was the humiliation of seeing her plans ripped apart by the people she beat in the election to be the leaders, that led to her skipping the session.

Since then Conservative MP Sir Charles Walker spoke to Sky News about his feelings towards Truss.

He said: “I think her position is untenable.

“She has put colleagues, the country, through a huge amount of unnecessary pain and upset and worry.

“We don’t need a disruptor in number ten. We need a uniter.

“I just think… it is just a situation that is.. it can only be remedied I think, with a new prime minister.”

He continued saying that he thought her position was not recoverable adding that: “She has lost authority and you can’t lead a party if you don’t have some authority. She doesn’t have much of that.”

Asked whether he is calling for Truss to go he said it’s her decision but added that if she doesn’t “go right now” the decision will be taken away from her.

Suggesting that the change will happen within the next two weeks, he said: “I’m just so cross. I’ve just had enough. And I think quite a few of my colleagues have had enough and I’ll be dismissed as being tired and emotional.

The call follows that of Angela Richardson MP for Guildford who made the call for Truss to go just before lunchtime today.

20:05 (October 16) – The floodgate is starting to open with Conservative MP Jamie Wallis calling on the prime minister this evening to go.

In a tweet, he said: “In recent weeks, I have watched as the government has undermined Britain’s economic credibility and fractured our party irreparably. Enough is enough.

“I have written to the prime minister to ask her to stand down as she no longer holds the confidence of this country.”

Senior Tories are openly saying that the prime minister will be gone before Christmas with Andrew Mitchell, telling the BBC if Ms Truss “cannot do the job, I’m afraid that she will go”.

Former Chancellor George Osborn, who called the prime minister a “PINO” (prime minister in name only), told the Andrew Neil Show that she will be gone before the year is out.

Responding to the direct question of whether she will still be there at Christmas, he said “probably not.”

Speaking to the Telegraph he said: “We cannot carry on like this. Our country, its people and our party deserve better.”

Bridge, the MP for North West Leicestershire, had gone public earlier in the day on his blog saying: “Liz has sunk her own leadership and her predecessor’s potential comeback at the same time, all in record time.

“Beleaguered Liz Truss has now run out of friends. She only ever had the support of a third of the elected MPs. We should expect more fireworks in Parliament this week. Unless this is resolved quickly, we are heading for a general election.”

Bridgen supported Rishi Sunak’s leadership campaign and has been quick to add his voice to calls for the prime minister to walk away.

The calls come on the same day the US President, choosing his words very carefully, said that he would not have followed proposed the budget that the prime minister had.

19:12 (October 16) – The first of the senior Tory MPs has publicly said that Prime Minister Liz Truss needs to go.

The former Chair of the Foreign Affairs Select Committee said on Sunday, October 16 that “the game is up.”

Although there have been many reports of discord in the ranks of the Conservative Party and speak of letters being submitted to the 1922 Committee, this if the first time any MP has told the prime minister directly that she should go.

Speaking on Channel 4’s Andrew Neil Show, Blunt said that he does not think the Prime Minister can survive the current crisis. He went on to say: “It’s now a question as to how the succession is managed.”

The issue of succession is one the party is grappling with. Under normal circumstances, MPs would submit letters of no confidence and that would trigger an election with party members being given the opportunity to vote for a new leader.

But as Blunt said: “Constituents want stability and the worst thing for that is another leadership campaign”.

Blunt’s public statement that the prime minister should go follows weeks of chaos and turmoil in financial markets. In making the public statement, the Reigate MP has perhaps opened the floodgates which could see more MPs going public very shortly.

Jeremy Hunt, the new Chancellor, told the BBC’s Laura Kuennsberg earlier in the day that “Truss had listened” adding “She’s changed. She’s been willing to do that most difficult thing in politics, which is to change tack.”

Hunt is one of the few to come out in support of the prime minister with many MPs saying she remains in office, but not in power.

With discussions going on within the party around how best to deal with the situation, the first senior Tory MP has gone public with a call for Truss to go. That could be, as it was with Boris Johnson, the start of the end.