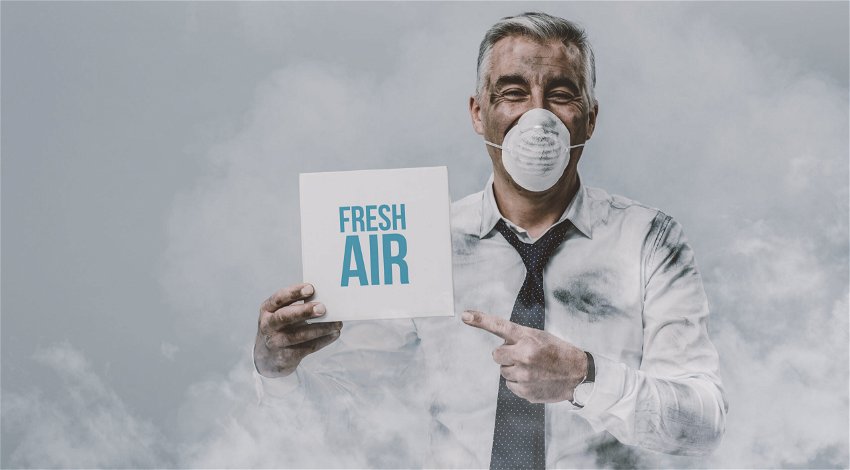 Smog over Italy's Milan dangerous for children and could cause heart attack in adults. Image: Stokkete/Shutterstock.com

ACCORDING to a new study in Milan, more than 110,000 children and students are breathing in harmful air every day due to smog hovering over the city – which could lead to heart attacks in adults.

The ‘Citizens for Air‘ association in Italy has drawn up a map of Milan to measure the pollution in the city, which has dangerous smog that could harm children and cause heart attacks in adults.

The map published on Monday, October 17 shows that more than one thousand schools in the Milan municipality – including crèches, kindergartens, primary and secondary schools, both public and private – are exposed to concentrations of nitrogen dioxide (NO2) that exceed the threshold indicated by the World Health Organisation’s air quality guidelines.

The study read: “More than half of these are located in areas whose exposure even exceeds the legal limit of 40 µg/m³ set for NO2, a limit that is four times higher than the limit set by the WHO (10 µg/m³) to protect human health.

It added: “More than 200,000 students attending schools in Milan are forced to breathe, from early childhood to the delicate age of development, toxic air that – according to scientific literature – is harmful to their development and that, for almost 110,000 of them, even has concentrations outside the law near school.

“The map allows every Milanese citizen to type in their address or the name of the school their children attend and check not only the estimated concentrations on an annual basis for each address, with a 50 m X 50 m detail, but also, for chronic exposure to the estimated level of pollution, the increased risk of mortality and heart attacks for adults and, for school addresses, the increased incidence of asthma and respiratory diseases in children.”

According to ‘Citizens for Air’, “that chronic exposure to nitrogen dioxide concentrations at the Palazzo Marino address increases the risk of heart attack by 12 per cent and mortality by 16 per cent, and that exposure to NO2 pollution levels estimated for Viale Majno, just outside Area C, where the Europa school is located, increases the risk of asthma and acute respiratory infections in children by 48 per cent and 36 per cent respectively.”

The data for the pollution map was carried out by the scientific committee of the NO2 NO Grazie project thanks to an AI model using a machine learning system based on data collected from hundreds of citizens as part of the participatory science campaign held in February 2020.

It is estimated that the spread of this pollutant over the city area causes, in a typical year in Milan, the premature death of more than 1,500 people due to chronic exposure to nitrogen dioxide.

“For children, according to well-established literature, even short-term exposure leads to pathological inflammatory states of the airways, hospitalisations, crises and the onset of asthma and bronchiolitis, as well as neurological impacts that lead to altered cognitive functions,” the association added.

“The research for the first time also includes in the urban map all very early childhood schools, both public and private, schools in which children – due to their very young age and the particular vulnerability of the development phase – should be particularly protected from the insult of traffic fumes.”

The association’s president, Anna Gerometta, said: “It is the responsibility of the city, starting with those who administer it, to protect the new generations so that their development is not altered by the air they breathe and, in general, the health of all the citizens of Milan. Everyone can, today, read in black and white the risk they run and how much the air contributes to so many illnesses in our city.

“This is why today we need to make room for active and non-polluting mobility, to implement public transport preference immediately, and to make Area C and Area B really work, reducing exemptions, extending their hours, eliminating Move in, and, last but not least, activating effective traffic controls within the two areas.”

She added: “The controversy over the alleged ‘social injustice’ of Area B is instrumental and hides a lack of understanding of the problem or lobbies heedless of constitutionally guaranteed rights.

“What could be more socially unjust than to accept that children growing up in our city, especially those from the economically weaker classes who often live in the most polluted places, should have their future compromised by ungoverned mobility, in a city where public transport, however improvable, works?

“In Milan, the right to move is guaranteed: it is almost always just a matter of changing the means of transport in favour of more sustainable and not infrequently equally fast modes, whose effectiveness would be greatly improved by reducing private traffic.”