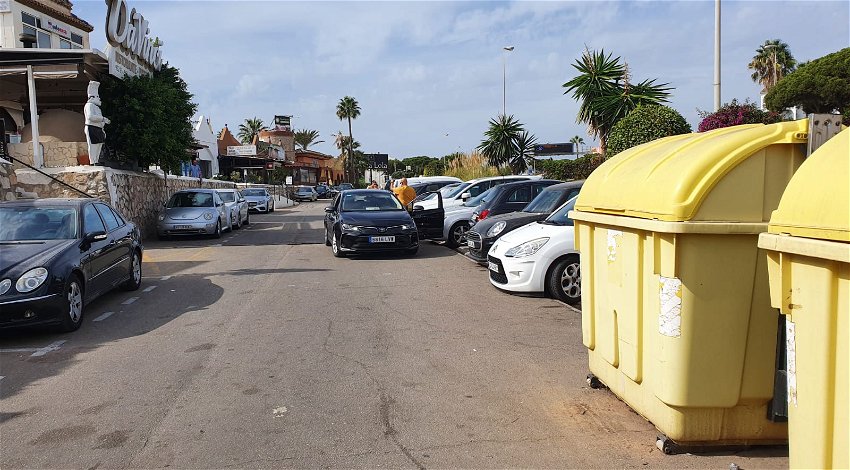 Mijas shooting victim, 21, 'paralysed' after 'masked gunman shot him 4 times'. The scene of the incident at the Doña Lola urbanization.

A 21-year-old man has been left ‘paralysed’ and in ‘critical condition’ after being ‘shot four times by a masked gunman’.

The victim, who has not been named, was shot last weekend in Mijas and is said to be in a paraplegic state after bullets damaged his spinal cord, according to reports.

The young Spanish man, of Moroccan origin, is believed to have been dining on Saturday, October 22, in a restaurant located in the Doña Lola urbanization, in the area of Calahonda.

That the victim left the premises accompanied by two other friends as they walked towards their cars when, at around 22.25, a “man dressed in black with only his eyes visible pointed a gun at them”, witnesses told local media.

The alleged gunman pulled the trigger and hit the victim four times, with two further bullets hitting nearby cars before he “fled the scene on a motorbike”.

The victim had emergency surgery to remove bullets that had no exit wound, with one of them damaging his spine and leaving him paraplegic, according to AZ Costa Del Sol.

The Civil Guard has taken charge of the investigation of the incident, in which, for the moment, no arrests have been made.

The Euro Weekly News reported on the weekend how a witness to the shooting incident ‘heard 5 shots and saw two men flee on a motorbike’.

He says he was in the kitchen at the time of the incident, with police attending the scene of the Doña Lola urbanisation, in Calahonda, 10 minutes later.

While most locals were reluctant to comment, Christo from Meson Dona Lola exclusively told Euro Weekly News: “I heard 5 shots while I was in the kitchen. Two men drove away on a motorbike before the police arrived 10 minutes after. It was obviously drugs-related”.

It is reported that a 20-year-old man of Moroccan origin was shot yesterday, 22 October. Police are yet to confirm any details related to the apparent shooting. The scene was eerily quiet this afternoon with no sign of a police cordon or any disturbance.