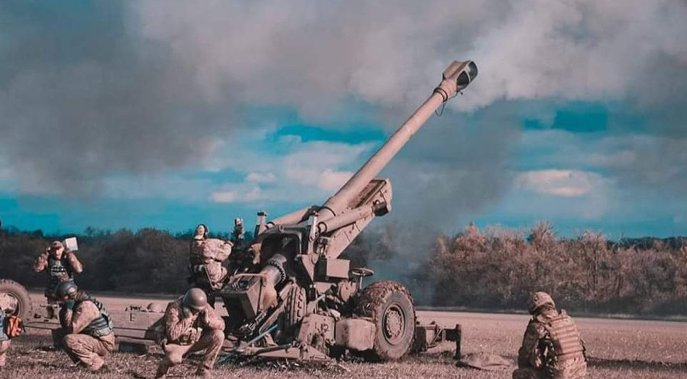 16:35 (October 31) – American and British intelligence are reporting the arrival of untrained Russian soldiers without weapons.

The story reported by both British newspapers and the Washington Post on Monday, October 31 suggests that replacement troops arriving in Ukraine from Russia, have had little or no training.

Furthermore, the reports suggest that many of those who are arriving either have not been provided with weapons or have been given guns that are outdated and are in poor working condition.

To make matters worse the weapons they are said to have been given use different ammunition to those in use by the army units already in Ukraine.

British intelligence officials tweeted: “The integration of reservists with contract soldiers and combat veterans in Ukraine will mean Russian logisticians will have to push two types of small arms ammunition to front line positions, rather than one.

The confirmation of earlier reports comes on the same day that analysts have said Russia, who is losing on the ground, has changed its approach resorting to long range weapons and the targeting of Ukrainian infrastructure.

That has left much of the country without power and many parts without water, in what is widely accepted as crimes against humanity.

20:07 (October 15) – Analysts have been saying that Russian weapons and ammunition shortages are becoming more apparent with the length of the war beginning to take its toll.

Reports on Saturday, October 15 suggest that the problem may be worse than Russia is willing to admit.

The UK Ministry of Defence and as quoted by Sky News has said that the indication is that reservists are having to buy their own body armour. This they say is down to changes they have seen in the country where standard equipment prices have risen sharply more than trebling in recent weeks.

Prices of modern 6B45 vests, standard issue in the Russian army, are currently selling online for 40,000 roubles which is up more than 300 per cent in prices from recent months.

Although there is no specific evidence to suggest that this is the case, the call-up of 300,000 reservists will have created some logistical problems for the Russian army. With many of those called up unwilling participants, it may also be that extra precautions are being taken in an effort to stay alive.

According to the information to hand, the MOD says suggests that reservists are more ill-equipped than those deployed in the original invasion.

The news comes on the same day that reports by news site The Moscow Times suggest that many of the conscripts are dying days after being deployed. It also follows suggestions that Russia is falling back in the Kherson region following significant losses.

If recent suggestions are correct that Russia is facing weapons and ammunition shortages, it would give credence to yesterday’s reports that the Kremlin is looking to buy time to enable it to regroup its forces ahead of a major push in the new year.