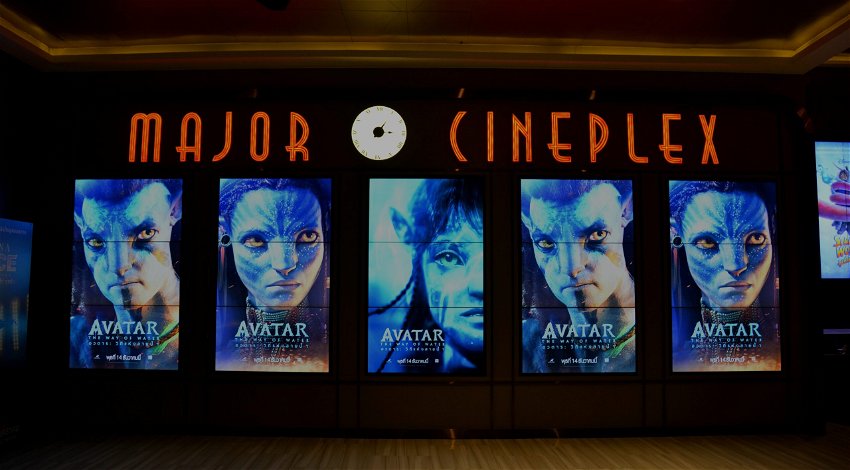 TRAGIC news from India on Sunday, December 18 as reports that a man died of a heart attack while watching Avatar 2 in Peddapuram city of Andhra Pradesh’s Kakinada district.

According to initial media reports from India, the man died of a heart attack while watching James Cameron’s Avatar 2: The Way of Water with his brother.

Indian news outlet India Today reported that Lakshmireddy Srinu had taken his brother to see the new release of the movie, the sequel to the 2009 blockbuster hit, at a movie theatre in Peddapuram.

Tragically, the man collapsed halfway through the film, which sees characters Jake Sully and Ney’tiri form a family and do everything to stay together.

Srinu’s brother Raju reportedly scooped him up and ran out of the cinema.

He drove his brother to Peddapuram Government Hospital.

However, despite the best efforts of doctors, Lakshmireddy was pronounced dead.

Lakshmireddy Srinu is survived by a daughter and a son, as reported by India Today.

The Hindustan Times reportedly spoke to a doctor regarding heart attacks after also reporting the man’s death.

The news outlet suggested that a recent study revealed that “watching movies with stressful scenes can trigger changes in the heart’s beating pattern.”

“When a patient dies suddenly, the most common cause for that is an entity called sudden cardiac death,” Dr Pradeep Kumar D told the Hindustan Times.

“Sudden cardiac by definition is death occurring within one hour of onset of symptoms.”

“Aortic dissection or rupture is another cause.

“In this man, the most probable cause would be a heart attack with ventricular tachycardia/fibrillation leading to death.

“People with underlying heart problems can die suddenly due to extreme stress/ excitement.

“This may be due to a plaque rupture in the coronaries or triggering of an arrhythmia due to the excitement.

“These kinds of deaths do happen during exciting matches/emotional situations. The movie per se is unlikely to have caused death.”

“Every year the cases are increasing in India.”

Dr Gupta added: “The cases of heart attack have gone up by 15 per cent to 20 per cent in the past 2 months.

“Also, Asian Indians are genetically prone to develop heart attacks, on top of that, the adoption of a western lifestyle which leads to a further mutation in that defective gene makes Indians more prone to heart attacks.

“Even during COVID, many young people died of heart attacks as COVID was not only a disease of the lungs but of inflammation as well.

“Even if you don’t have any symptoms, you must check for diabetes and [high] blood pressure regularly.

“At a time when sugar or BP is high, you’re not aware of it, initially these two things give no prior symptoms. For keeping your heart health proper, you must take a stress test, 2D echo, cholesterols and ECG.”

The news of the man’s heart attack while watching Avatar 2 comes after a 12-year-old boy dropped dead on a school bus in the Bhind district of Madhya Pradesh, India after suffering cardiac arrest.

The young schoolboy died of cardiac arrest on Thursday, December 15, after collapsing inside the school bus.