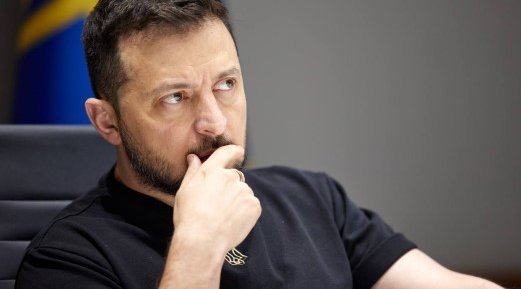 State control over the Ukrainian media has been implemented after President Zelenskyy signed a new law banning positive coverage of Russia’s actions.

On Thursday, December 29, Ukrainian President Volodymyr Zelensky signed a new media law that tightened state control over the media and banned positive coverage of Russia’s actions. This information became known from the data published on the website of the Verkhovna Rada, where the document appeared with the signature of the President.

The new legislation expands the powers of the National Council of Ukraine for Television and Radio Broadcasting, of which it will subsequently become the sole media regulator.

Zelenskyy, among other things, will be able to send mandatory instructions to the editorial offices. He will be able to fine them, ban the operation of online media for a period of 14 days without a court decision, and also cancel the registration of any print media in the country.

In addition, the National Council will be able to require YouTube and Facebook to remove any content, and Google to remove information from search results. This law also bans all TV channels and other Russian media resources, as reported by dailystorm.ru.

Earlier, the National Union of Journalists of Ukraine objected to this law. They reminded the government that the National Council is not an independent regulator and that the pro-presidential party holds a majority in it. Among other things, the law does not provide for quotas for mass media or consumers of information.

On 15 April, journalist Oksana Marchenko, the wife of Ukrainian opposition politician Viktor Medvedchuk, said that all TV channels in Ukraine had been shut down except for the one controlled by Zelenskyy. She claimed that the authorities had completely deprived all Ukrainian citizens of any alternative opinions.